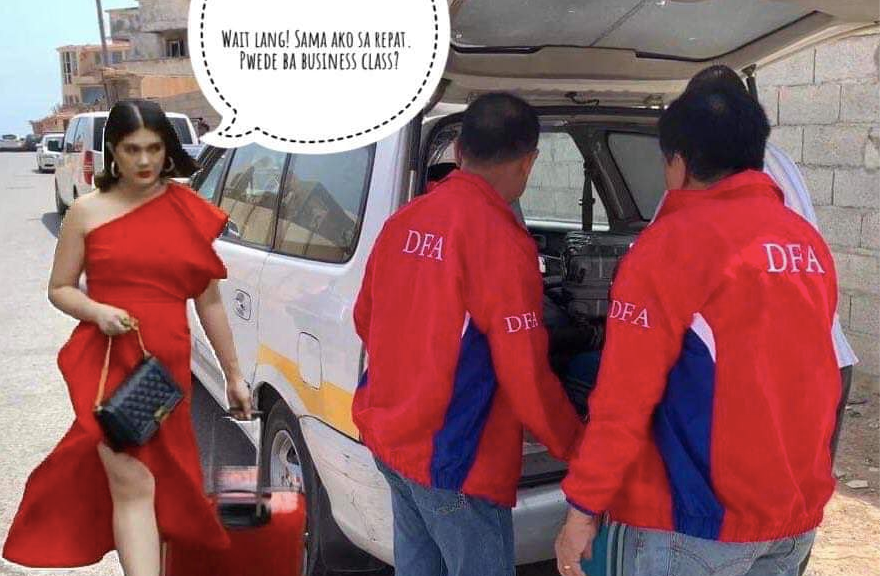 MANILA, Philippines — The Philippine Embassy in Tripoli decided to inject humor and fun in reaching out to Filipinos about its repatriation efforts in conflict-stricken Libya by incorporating a widely popular meme that is centered around a red dress-clad teleserye character.

Cato, in the caption, made it seem that “Daniela Mondragon” also availed of the government’s offer of repatriation.

“We were all set to go to the airport when she suddenly showed up for repatriation this morning. Of course we had to take her in the same way we would any Filipino who would come to us for assistance,” Cato wrote.

“Like the others we repatriated, we gave her a free economy class ticket home plus some pocket money and someone to welcome her and assist her upon arrival,” he added.

The post further said that “Daniela” was also given the option to stay at a hotel in Manila.

We were all set to go to the airport when she suddenly showed up for repatriation this morning. Of course we had to take…

Cato told INQUIRER.net in a Viber message that the embassy thought that joining in on the “Daniela” meme craze would be a “funny and effective” way to inform distressed Filipinos in the north African country about the government’s repatriation efforts.

“The Daniela meme just popped up on social media a few days ago and we thought it would be a funny but effective way for us to reach out and tell distressed Filipinos abroad and their families in the Philippines what the government is doing to help them,” he said. 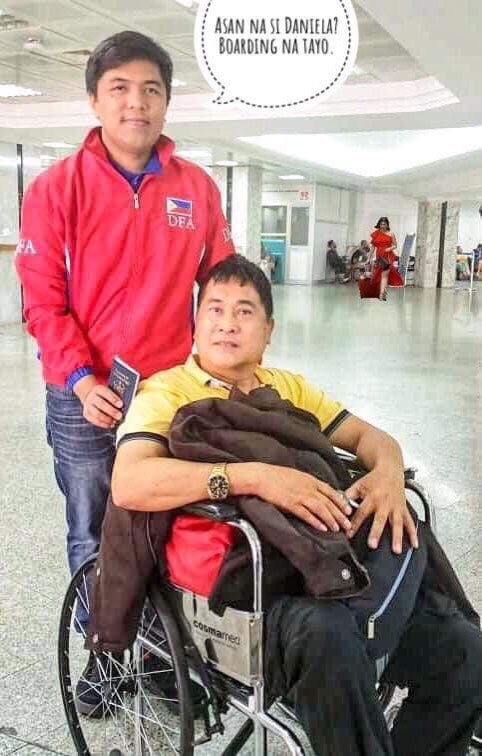 “In the case of Libya, it is about our repatriation efforts during the past three months,” he added.

The latest conflict in Libya broke out on April 4.

Since then, the embassy and concerned government agencies have helped “reunite almost a hundred of our kababayan with their loved ones in the Philippines,” Cato noted.

There’s no stopping the popularity of Romana’s character through memes online as the actress also recently scored a gig to help the Department of Tourism in efforts to promote little-known and world-acclaimed tourist spots in the Philippines. /jpv