Locsin on China EEZ intrusions: OK, no fishing then…can we move on? 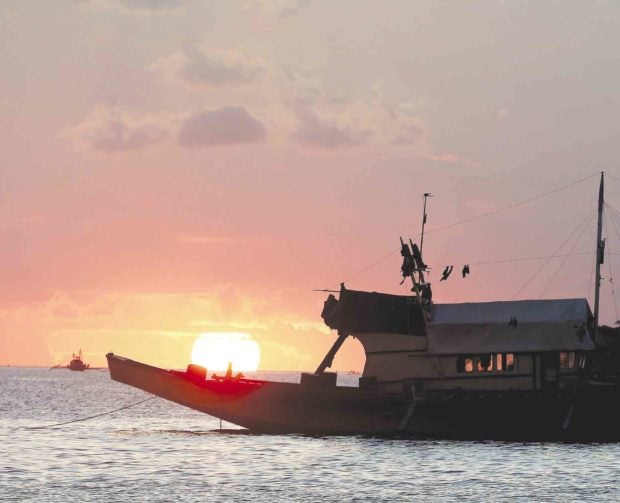 SUNSET FOR FILIPINO FISHERMEN Fishing boats wait at anchor off San Roque in Occidental Mindoro for another trip to Recto Bank. A fishermen’s group in Pangasinan province has decried the government’s willingness to allow the Chinese to fish in the West Philippine Sea. —RICHARD A. REYES

MANILA, Philippines — “Okay, no fishing then. Now, can we move on?”

Foreign Affairs Secretary Teodoro Locsin Jr. said this on Twitter on Thursday in an effort to put end to issues surrounding President Rodrigo Duterte’s pronouncement allowing China to fish in the exclusive economic zone (EEZ) of the Philippines.

“The fish are bored with the subject,” his tweet further read.

Okay, no fishing then. Period. Now can we move on? The fish are bored with the subject. https://t.co/3J6IQ2Sidy

The foreign affairs chief was responding to a Twitter user who said the resources within the country’s EEZ are “exclusively for Filipino citizens” as provided in the Philippine Constitution.

The President, in a speech earlier this week, said he had an agreement with Chinese President Xi Jinping to allow China to fish in the Philippines’ EEZ after Beijing granted Filipino fishermen access to Scarborough Shoal.

Duterte’s statement sparked an uproar, with lawmakers and maritime experts saying that allowing China to fish in Philippine territorial waters violates the Constitution.

Supreme Court Senior Associate Justice Antonio Carpio said that under the 1987 Constitution, “[t]he State shall protect the nation’s marine wealth in its archipelagic waters, territorial sea, and exclusive economic zone, and reserve its use and enjoyment exclusively to Filipino citizens.”

Panelo said the President was referring to China’s historic rights claim to nearly the entire South China Sea when he said China would not let its fishermen be barred from Philippine waters.

However, a 2016 ruling by the Permanent Court of Arbitration (PCA) at The Hague in The Netherlands invalidated China’s nine-dash line claim./ac