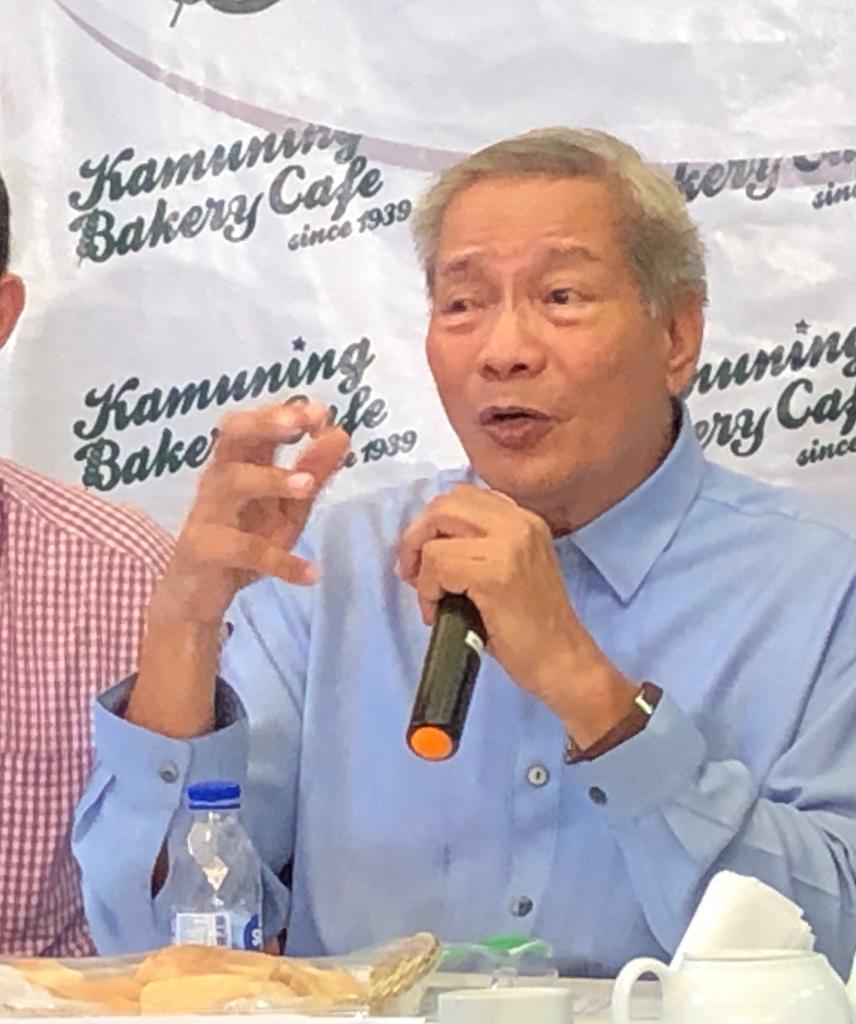 MANILA, Philippines – President Rodrigo Duterte issuing a “calculated statement” on the reported Chinese vessel ramming a Philippine fishing boat in Recto Bank was the right thing to do, a former ambassador said on Tuesday.

According to Former Ambassador Alberto Encomienda, part of Duterte’s job was to keep things calm until a thorough report of the incident — where a fishing boat with 22 Filipino fishermen sank after a ramming incident with a Chinese vessel — is available.

“People can thank him for that.  What I’m saying is he did the right thing, because the job of the chief executive is to keep things calm to have the proper assessment and understanding of the situation, and then discuss what to do,” Encomienda told reporters during a press conference in Quezon City.

In a speech in Cavite on Monday, Duterte dismissed the Recto Bank incident saying this is something he would not be willing to go to war with China

The President’s reaction came after the fishing boat Gim-Ver-1 was sank after being hit by a Chinese vessel at the West Philippine Sea, which he described as a little maritime accident.

He also urged his critics to wait for results of investigations before jumping to conclusions.

“What happened in the collision is a maritime incident. Do not believe the dumb politicians who want to send the Philippine Navy. You do not send gray ships there. That is only a collision of ships,” Duterte said.

“Maritime incident is a maritime incident. It is best investigated. And I do not now issue statement because there is no investigation and there is no result. Then the only thing we can do is wait and give the other party the right to be heard. That is important,” he added.

Encomienda’s views vary from several netizens and political figures, who have lamented Duterte’s statements as indicative of allegedly already surrendering the case.

He, however, clarified that he is not supporting or endorsing Duterte’s move.

“I’m not a spokesman for the president, I’m just analyzing his moves,” Encomienda said.

However, he chided Defense Secretary Delfin Lorenzana for interfering in matters that should be left to the Department of Foreign Affairs.

“But on the other hand, his other colleagues in the executive, were pointing fingers on how confusing the situation is,” Encomienda noted.

“The Secretary of National Defense was talking about diplomatic moves, protests, talking about possible burning of diplomatic relations, this belongs to the Department of Foreign Affairs,” he claimed.

After news broke on June 12 — Independence Day — that F/B Gim-Ver 1 was hit by a Chinese vessel on June 9, Lorenzana condemned the actions of the crew who eventually abandoned the Filipinos at sea.

He called the Chinese crew’s actions as something not expected of a “responsible and friendly people,” while calling for an investigation on the incident and the consideration of diplomatic steps. (Editor: Jonathan P. Vicente)