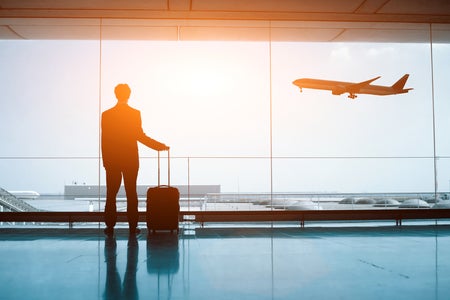 A Filipino expatriate returned to the Philippines last week after his treatment for vasculitis at the Emirates Hospital Jumeirah in Dubai, United Arab Emirates.

Jesrel Joya was on a three-month visit visa in UAE to look for a job after being laid off from a water transport company in February, as reported by Gulf News on June 15. He was diagnosed with the disease after developing strange spots on his lower legs.

“I did not pay too much attention as I thought they were just insect bites. The next day, they worsened,” Joya was quoted as saying. “They looked like clusters of blisters and rashes all over my feet, shin and calf.”

When the expat sought medical treatment with only Dh50 (about P700), he was diagnosed with vasculitis by a team of doctors who took charge of his condition.

“When I first saw Joya in early May, he was in pain. He was a young man who had become wheelchair-bound all of a sudden — not able to walk, requiring pain medicine and a helper full-time,” Dr. Amit Kumar, a consultant surgeon who specializes in vascular and endovascular surgery, said in the report. “So he was in a bad situation both emotionally and physically.”

The doctors did not charge Joya any fees although he was recommended to see a rheumatologist for the cause of his condition. He was able to buy medicines with the help of his sister, friends and churchmates.

“His wounds are much better now, his pain more manageable. He is still recovering and it’s going to take a few more months to get back on his feet,” Kumar added.

Joya expressed his gratitude to the doctors of the hospital and the Philippine Consulate-General in helping him return home with the expiry of his visit visa.

“I would like to thank everyone who helped me, all the doctors who looked after me, Dr. Amit and Dr. Humeira, and the nurses, and the Philippine Consulate as well,” Joya said. “I will continue my treatment in the Philippines and try my luck at job hunting later.”

Vasculitis is the inflammation of the blood vessels which restricts blood flow, resulting in organ and tissue damage. Hannah Mallorca/JB