A Filipino domestic helper pleaded guilty to smuggling 11,000 cigarettes to Hong Kong on May 16, in hopes of helping pay for her mother’s surgery.

The incident started when Resy S.A. agreed to carry the items to Hong Kong after another Filipino woman at the ferry terminal in Macau had allegedly offered her $1,500 (around P77,600) to bring them to the city, her lawyer said. The 50-year-old complied with the request, but did not know she had to pay taxes for them, as per Hong Kong News on June 3. 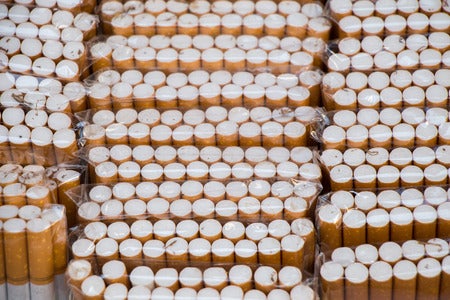 The prosecution stated Resy was arrested at Customs Arrival Hall of the Hong Kong-Macau Ferry Terminal on May 1 after Customs found a total of 11,000 sticks of cigarettes packed in 55 cartons. The items were not declared upon arrival, cheating Hong Kong of $20,000 (about P1 million) in taxes.

Resy said she was to hand over the cigarettes to the woman at Charter Road in Central, where the items were to be sold, upon her arrival in Hong Kong. She agreed to join the authorities in a “controlled delivery” operation to catch the woman who allegedly handed her the contraband, but the woman was not found at the set meeting.

The domestic helper was charged with possession of dutiable goods, but was able to avoid immediate imprisonment after her employer for 20 years vouched for her good character in court. She also wrote to the court, saying that she was “a simple character who could be easily taken advantage of.”

Upon hearing her employer and receipt of the letter, Eastern Courts principal magistrate Peter Law ordered her jailed for two weeks but suspended it for one year. This meant that if Resy does not commit any crime in the span of the next 12 months, she will not be sent to prison.