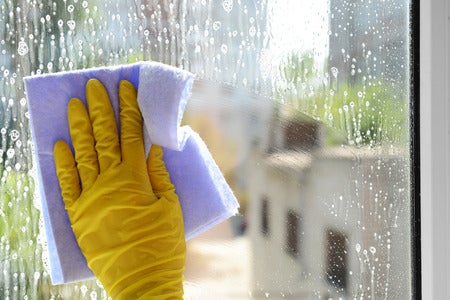 A Filipino domestic worker in Hong Kong filed a case against her employer’s wife for allegedly forcing her to clean the window of their high-rise apartment from the outside.

Nerie R. Mier has accused her female employer of forcing her to clean the window of their 19th floor Repulse Bay flat from the outside. She was made to do the task even though she said she felt unwell and “so dizzy” at that time, as per Hong Kong News on June 3. The incident occurred on Feb. 19.

If proven true, the order comes in violation of Mier’s contract. Numerous incidents of house helpers plunging to their deaths while cleaning apartment windows plagued Hong Kong in 2016. The issue has led Hong Kong’s labor department to set new clauses regarding window cleaning rules among helpers, which took effect on Jan. 1, 2017.

As per the new rules, only windows with locked or secured grills can be cleaned by house helpers, unless the window is located on the ground floor or next to a balcony. No part of their body should also be extended outside the window beyond the ledge, save for their arms.

Mier, however, took a video of her cleaning the window so her family would know what really took place just in case something happened to her. In the video, she can be seen with her leg propped up on the windowsill as she cleaned from the outside.

Mier sent the video to her husband, who sent it to the Philippine Overseas Labor Office (POLO). It was then reported to Hong Kong’s labor department. Mier’s employers terminated her contract days after the incident on Feb. 26.

Mier’s case has been postponed to June 21, as per report, after her male employer failed to attend their last hearing at the Labour Tribunal. Cody Cepeda/JB