At least 10 more Filipinos to be evacuated from Libya, says envoy 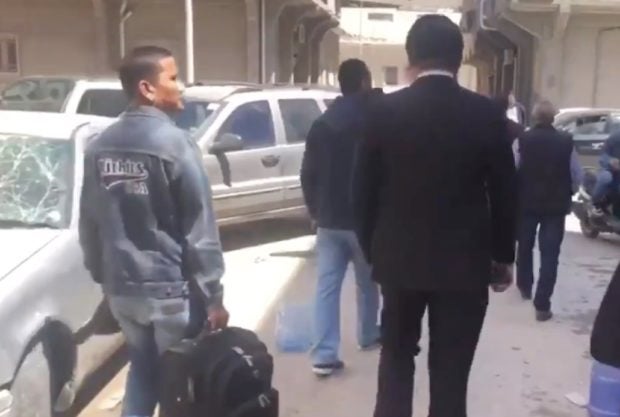 In a Twitter post, Cato said the Philippine Embassy in Libya continues to receive requests from Filipinos in the Libyan capital Tripoli for repatriation more than six weeks after the latest round of hostilities in the city.

“More than six weeks after the latest conflict erupted, @PhinLibya continues to receive requests for repatriation from some of our kababayan in Tripoli,” Cato said.

“On Thursday, the batch of at least 10 will be evacuated to Tunis,” he added.

More than six weeks after the latest conflict erupted, @PhinLibya continues to receive requests for repatriation from some of our kababayan in Tripoli. On Thursday,
the batch of at least 10 will be evacuated to Tunis. @teddyboylocsin @DFAPHL @doleph pic.twitter.com/3XtuVpMK3E

In a separate post on Facebook, the diplomat said the “Philippine Embassy reiterates its offer to repatriate Filipinos from Libya.”

More than six weeks after the latest round of hostilities erupted in Tripoli, the Philippine Embassy continues to…

The Department of Foreign Affairs earlier raised Alert Level 4, ordering mandatory repatriation of Filipinos in Tripoli and in nearby areas due to escalating violence.

However, Cato signed exemption certificates that will allow Filipino workers in other parts of Libya not affected by fighting to go to their homes there and return to their workplaces.

An offensive to take control of Tripoli was launched April 4 by the self-styled Libyan National Army, led by Field Marshal Khalifa Hifter and based in the country’s east. It is battling rival militias loosely allied with the U.N.-supported government in the capital. With AP