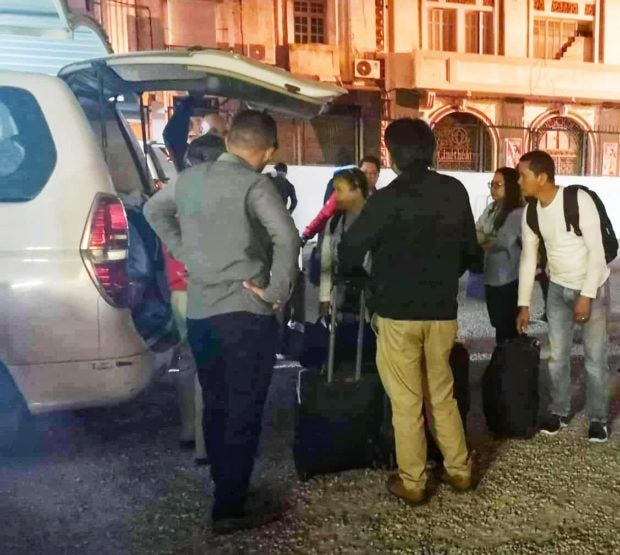 In a Twitter update on Wednesday, Cato said that the latest batch brings to 40 the total number of Filipinos evacuated from the strife-torn north African nation.

The foreign service official said that the six Filipinos are now on their way to Tunis, the capital of Tunisia, where they will board their flight for Manila.

@PhinLibya evacuated six more Filipinos from Tripoli this morning. They are now on their way to Tunis where they will board their flight for Manila. Since conflict in Tripoli started @DFAPHL and @doleph have assisted a total of 40 Filipinos in returning home. @teddyboylocsin pic.twitter.com/DS3JfZNOQg

Since the fighting in Libya started on April 4, two Filipinos were reported wounded  following rocket attacks in Tripoli.

The Department of Foreign Affairs (DFA) has elevated the Alert Level  in Tripoli and nearby areas “due to increased threats to the safety and security of the more than 1,000 Filipinos who are still there. /gsg