PH coordinating with Cyprus in probe of murdered 3 Filipinas 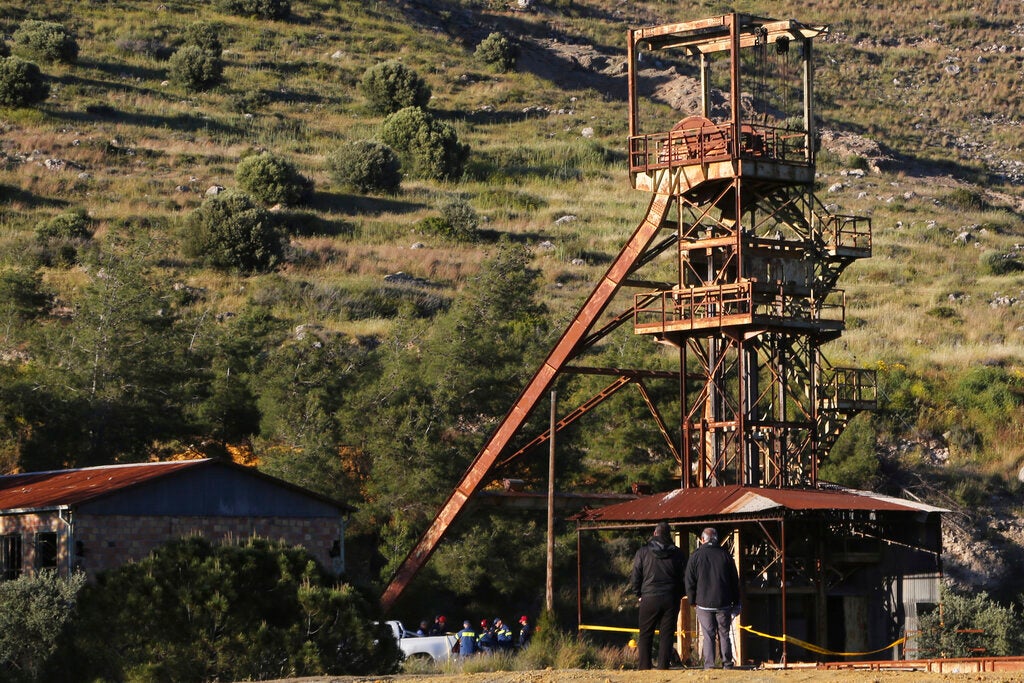 Men stand and watch the investigators by a flooded mineshaft where two female bodies were found, outside of Mister village near capital Nicosia, Cyprus, Monday, April 22, 2019. Police on the east Mediterranean island nation, along with the help of the fire service, are conducting the search Monday in the wake of last week’s discovery of the bodies in the abandoned mineshaft and the disappearance of the six year-old daughter of one of the victims. (AP Photo/Petros Karadjias)

MANILA, Philippines  — The Philippine Embassy in Athens is now coordinating with Cyprus authorities to help with the investigation involving the murders of three Filipinas, the Department of Foreign Affairs (DFA) said Friday.

“Embassy representatives are now in Cyprus to meet with authorities on the case and provide further assistance to the investigation, including the provision of DNA samples to help in identifying the victims,” the DFA said in a statement.

The DFA, which had extended its condolences to the families of the victims, is also providing them with updates on the case of the murdered Filipinas.

“It also stands ready to provide assistance to the victim’s families, should it be needed,” it added.

The DFA said the Embassy has previously reported the cases of  the missing Filipinas to authorities in Cyprus and have continuously followed up with them on those cases.”

“The three Filipinas—one of whom was with her daughter–were reported missing between 2017 and 2018, and authorities have initially thought that they disappeared for other reasons and  had not been victims of a violent crime,” it said.

“The DFA welcomes the break in the recent investigation in light of the discovery of bodies in the abandoned mine in Mitsero (a village in Cyprus) earlier this month,” it added.

The self-confessed suspect, a Cypriot member of the National Guard, had “met the Filipinas through a dating website,” the DFA said, quoting Cypriot  authorities.

“The child’s remains have not yet been found. It is hoped that the investigation would bring the perpetrator to justice,” the DFA added.

According to reports, authorities found the bodies of the Filipino women in an abandoned mineshaft last April 14.  /muf