Poe on PH-China WPS row: Allies don’t take advantage of each other 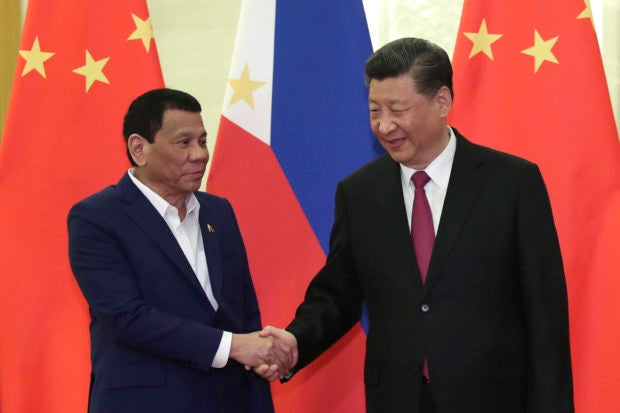 MANILA, Philippines — Senator Grace Poe on Friday said China must respect the sovereignty of the Philippines over its territories, including the West Philippine Sea (WPS).

Poe said this following President Rodrigo Duterte’s meeting with Chinese President Xi Jinping on Thursday where they discussed pressing issues between the two countries — among the issues discussed was the territorial dispute in the WPS.

While recognizing the importance of the relationship between the two countries, Poe said the Philippines must continue asserting its sovereignty over WPS.

(It’s time that we assert our sovereignty and protect our territory. We recognize the importance of maintaining a friendly relationship with China, however, allies protect and not take advantage of each other.)

Poe added that any agreements involving the WPS must follow the assumption that “the West Philippine Sea is our territory,” adding that all deals must be made public.

“Any discussion or agreements on joint development should proceed from the assumption that the West Philippine Sea is our territory, and that allies should respect each other’s sovereignty,” Poe said.

“To remove any doubts that such agreements are not detrimental to the interest of Filipinos, they should be made transparent,” she added.

During the bilateral meeting between Duterte and Xi Jinping, the two governments agreed to resolve differences in maritime claims through bilateral mechanisms without sacrificing the countries’ ties.

Tensions in the WPS recently escalated when Chinese vessels were spotted near the Philippine-occupied Kota (Loaita Island) and Panata (Lankiam Cay) Islands.

Poe, for her part, insisted that the Philippines will fight for its claims in the WPS.

“We should push and persist before the last clam is harvested, the last coral reef is destroyed, the last atoll is reclaimed on a territory which is rightfully ours,” Poe said.