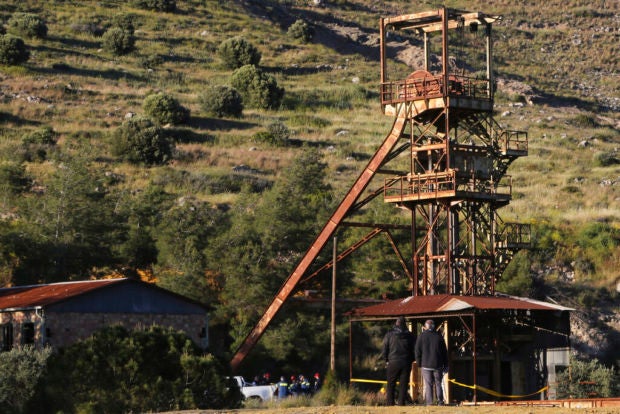 Men stand and watch the investigators by a flooded mineshaft where two female bodies were found, outside of Mister village near capital Nicosia, Cyprus, Monday, April 22, 2019. (AP)

NICOSIA, Cyprus  — Cypriot authorities say they are using a remote-controlled camera to search a flooded mineshaft where the bodies of two murdered women were found this month.

Police are seeking the missing 6-year-old daughter of one of the victims, a 38-year-old Filipino woman. An army officer is in custody facing charges of premeditated murder and kidnapping, and investigators have not ruled out that there may be more possible victims.

Fire Service Chief Marcos Trangolas said Wednesday that so far there have been no new finds from the investigation of the abandoned mineshaft near Mitsero, some 45 kilometers (28 miles) west of Nicosia.

He said authorities hoped to have a picture of the mineshaft’s contents by late Wednesday.

Authorities seeking the missing girl are also investigating a flooded open-pit mine near Mitsero.