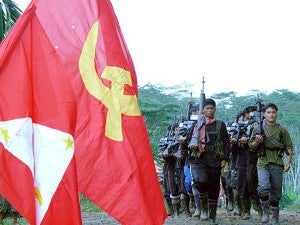 MANILA, Philippines — The Philippine government has formally requested the European Union to stop its funding for certain groups they are alleging as “fronts” of the Communist Party of the Philippines-New People’s Army.

The funds are allegedly used “to propagate terrorism” and “to recruit and exploit vulnerable sectors such as indigenous people (IP), the systematic destruction of the latter’s culture and value system, and the murder of their leaders.”

Because of this, Esperon said the CPP-NPA has successfully established international networks through these front groups.

Three Belgian non-government organizations that have “indirectly and unwittingly partnered” with its local counterparts in the Philippines were: SOLIDAGRO, Viva Salud, and KIYO.

“It is appalling that these entities are used to radicalize children with the end view of turning them into child warriors and future leaders of the CPP-NPA communist-terrorist groups,” the letter read./ac