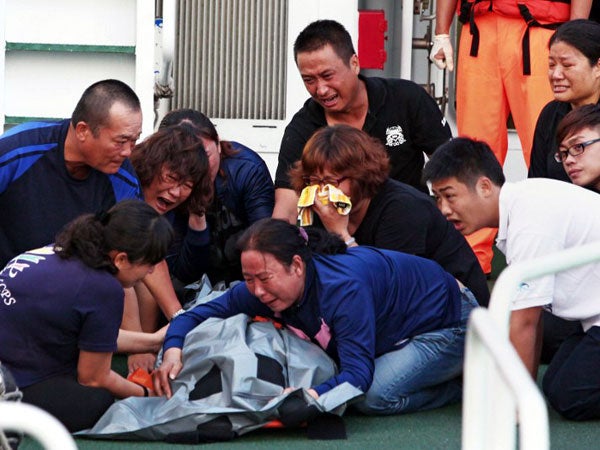 MANILA, Philippine–There are pieces of evidence to show that members of the Philippine Coast Guard (PCG) fired on a Taiwanese vessel in 2013 which resulted in the death of a Taiwanese fisherman, the Manila City Regional Trial Court (RTC) said in an order made public Friday.

In a three-page order denying the motion for reconsideration filed by the eight accused members of the PCG, Manila RTC Judge Eduardo Ramon Reyes said the arguments raised by all the accused should best be threshed out in a full blown trial.

They accused PCG officers are facing a case of homicide for the death of Taiwanese fisherman Hong Shi Cheng who died after his fishing vessel Guan Da Xing (GDX) along Balintang Channel was peppered with bullets.

The prosecution has already finished presenting its evidence. Some of the evidence presented by the prosecution include the testimony of Lee Jing Wei, Deputy Director of the Forensic Science Division of the Criminal Investigation Bureau of Taiwan and Hiyasmin G. Abarientos, a ballistician from the National Bureau of Investigation (NBI).

Abarientos said that 15 firearms were retrieved from the Coast Guard vessel. After examinations and comparison with the  firearms and slugs recovered from the fishing vessel, it showed that the bullets were fired from three of the 15 firearms recovered–a Springfield M14 rifle, a caliber 7.62 rifle, and a Browning  .30 caliber machine gun.

The court denied the demurrer to evidence prompting all the accused to file a motion for reconsideration.

But the court denied the motion stating that “based on the foregoing [evidence by the prosecution] there are pieces of evidence which prove that the accused fired upon the Taiwanse vessel GDX. That in furtherance of the prosecution’s theory of conspiracy, all of the accused may be held liable for the crime charged unless, they sufficiently proved the contrary.”

“As regard to the other arguments, this court is of the opinion that such assertions constitute matters of defense which should be passed upon only after a full-blown trial on the merits,” the Court further stated.

The case was initially heard by the Batanes RTC Branch 13 but the Supreme Court ordered the transfer of the venue of the trial after the accused successfully argued that if the trial is done in Batanes it would be burdensome not only to them but also to the prosecution considering the distance from Manila to the northernmost province of the country.

The respondents who were out on bail all pleaded not guilty during their arraignment as they claimed they were only forced to fire at the Taiwanese fishing vessel in self-defense after it tried to ram the BFAR (Bureau of Fisheries and Aquatic Resources) ship and refused to stop for boarding inspection despite repeated warnings.

The accused PCG officers also claimed that the Taiwanese were poaching in the country’s territorial waters at the time of the incident and were trying to flee when accosted by the BFAR patrol ship.

The incident has put a strain in the relationship between Taiwan and the Philippines. Taiwan has stopped the issuance of visas to Filipinos who want to work in the country and placed at risk the already working 80,000 Filipinos in Taiwan.

The government then sent a representative and delivered the government’s official letter of apology to soothe the strained relations.  /muf