US has been helping PH fight terrorism – Lorenzana | Global News

US has been helping Philippines fight terrorism – Lorenzana 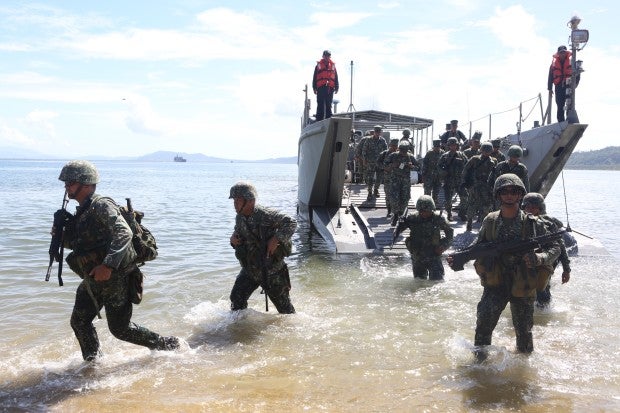 Armed Forces of the Philippines and United States Marines conduct civil-military activities from the sea during the Balikatan exercises in Casiguran, Aurora province, May 15, 2017. (File photo by NIÑO JESUS ORBETA / Philippine Daily Inquirer)

“We got assistance from the Americans,” he said at a forum in Camp Aguinaldo when asked if foreign countries had been helping the Philippines to fight terrorism.

According to the Defense chief, the US has a team in Mindanao and it has been helping the Philippines even before the twin bombings in Jolo last week, the death of which has risen to 23 on Monday, with about a hundred wounded.

“They helped us immediately, but they’ve been helping us track these terrorists even before the bombing,” he said.

Aside from sharing intelligence information, the US also used its assets to fly some of the wounded troops to nearby Zamboanga City as combat operations continue on the island province.

Lorenzana said Singapore, Malaysia and Indonesia had also been helping out to provide intelligence prior to the blasts.