Lorenzana: Beaching ramp in Spratlys to be completed in early 2019 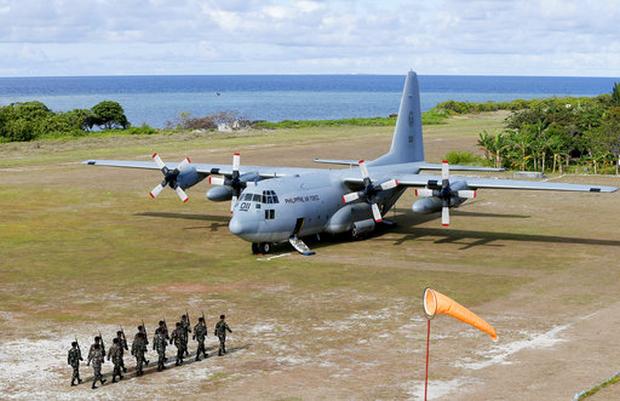 “The building of the beaching ramp to be used by the Navy is still ongoing because of the rough seas. They had one year last year to do it, but they have to jibe the construction when the sea is a little bit [calmer],” he said at a forum in Camp Aguinaldo on Monday.

Once the beaching ramp is finished, the military can bring all the heavy equipment and construction materials for the repair of the runway.

“The problem with Pagasa is that you have to bring in everything you need for its repair — steel bars, sand, gravel, heavy equipment. You need a beaching ramp to bring these in…So I believe it should be finished by the first quarter of this year, this beaching ramp,” Lorenzana said.

The construction of the beaching ramp was earlier targeted to be finished by the end of 2018, while the repair of the Rancudo Airfield is supposed to start in 2019.

The Philippine government announced in April 2017 that it would start the construction of a beaching ramp on Pagasa Island to allow ships to bring construction materials for the repair of the 1.3-kilometer unpaved airstrip that was first built in the 1970s.

Repairs on the island were put on hold when the Philippines filed a maritime case against China at the Permanent Court of Arbitration in 2013.

The Philippines won the ruling in 2016, but China never acknowledged it. President Rodrigo Duterte also set aside the verdict in exchange of economic investments from the Asian superpower.

Pagasa, the biggest of the nine Philippine-occupied islands in the Spratlys, is inhabited by about a hundred civilians and a small batch of troops. /atm