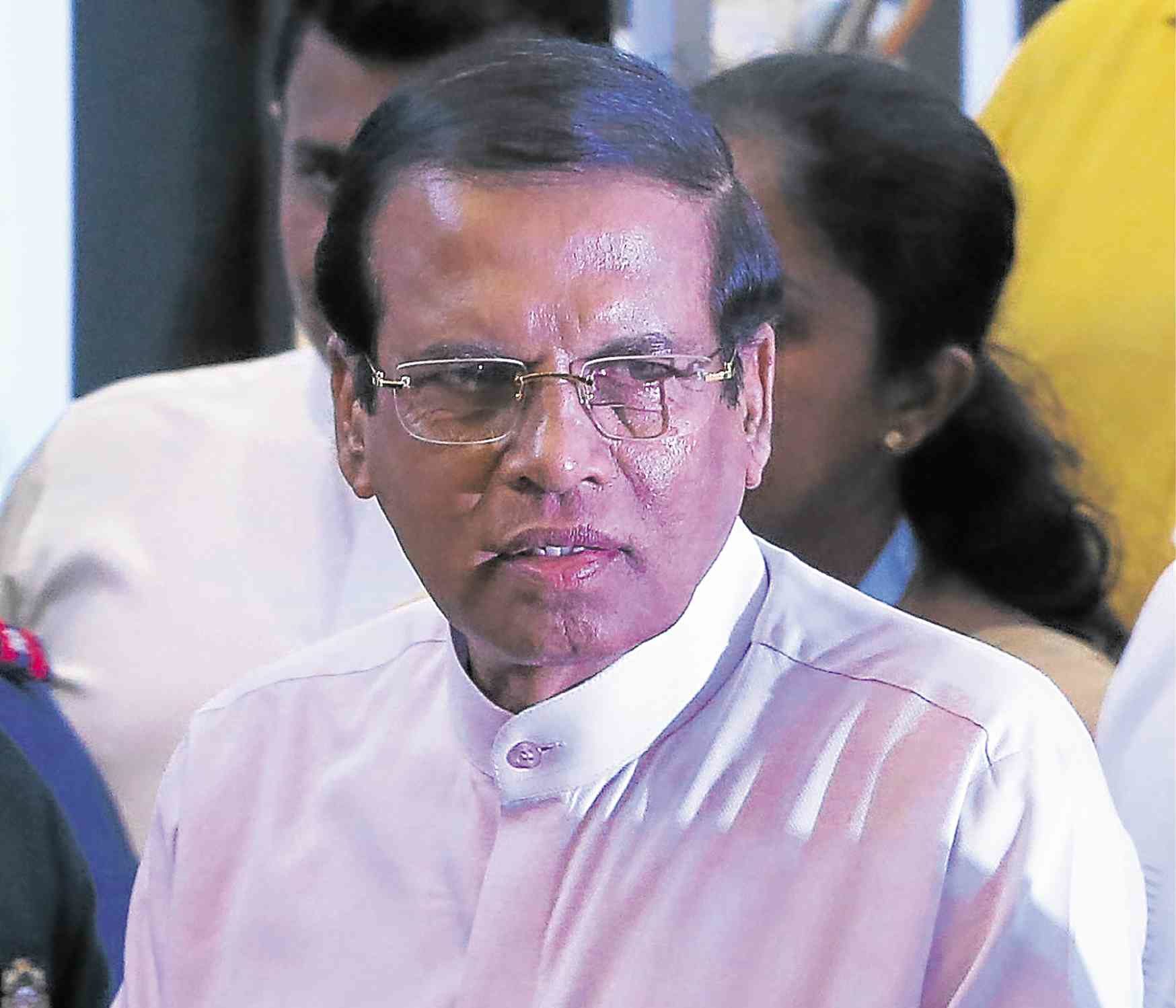 Sri Lankan President Maithripala Sirisena spent the last day of his five-day state visit to the Philippines at the Philippine National Police  headquarters in Camp Crame, Quezon City, getting tips on the Duterte administration’s bloody campaign against drugs which he has consistently praised and expressed intent to emulate in his country.

Sirisena once again expressed his admiration for the government’s antidrug campaign in a closed-door briefing in Camp Crame with Dangerous Drugs Board chair Catalino Cuy, Interior Secretary Eduardo Año and PNP chief Oscar Albayalde on Saturday.

In the same boat

While the Sri Lankan president was mum about the thousands of deaths that have become the defining feature of the Duterte administration’s drug war, he acknowledged that, like in Sri Lanka, police officers in the Philippines get killed in the government’s campaign against drug traffickers.

In a statement on the visit on Saturday afternoon, the PNP also cited Sirisena as saying that the reason only few world leaders take such an aggressive stance against illegal drugs was that politicians fear “threat to their lives” while some “have found a lucrative economic support system with their involvement in illegal drugs.”

In an interview with reporters after the visit, Albayalde said the Sri Lankan delegation expressed interest to emulate the Philippines’ “whole of government approach” on fighting illegal drugs.

The PNP quoted Sirisena as saying that Sri Lanka had become a major transhipment point of illegal drugs in the international drug market, which was what the Sri Lankan government hoped to address with tips from Philippine law enforcement agencies.