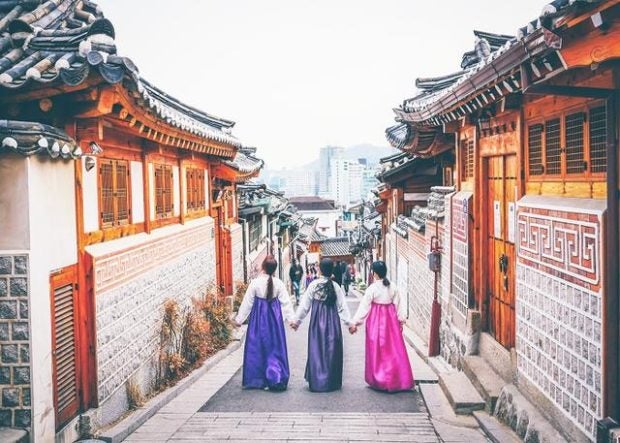 The Republic of Korea (RoK) will continue work on visas so that more people from ASEAN countries can easily make a visit, said Yu Byungchae, director general of the tourism industry policy bureau at the RoK’s Ministry of Culture, Sports and Tourism. Photo vnay.com.vn via Viet Nam News/Asia News Network

HA LONG, Vietnam — South Korea will continue work on visas so that more people from Asean countries can easily make a visit, said Yu Byungchae, director general of the tourism industry policy bureau at the RoK’s Ministry of Culture, Sports and Tourism.

He was speaking on Friday at the meeting of Asean+3 (China, Japan and RoK) Tourism Ministers in Ha Long City in northern Quang Ninh Province.

“We have extended multiple visas for Aswan countries. In Vietnam, the visa system will be improved by issuing short term multiple-entry visas for residents of Hanoi, HCM City and Da Nang. We will continue various visa programs for Asean countries, such as the issuance of electronic visas for tourist groups,” he said.

According to Yu Byungchae, in 2018, the RoK welcomed a total of 2.3 million visitors from Asean members. In particular, Vietnam showed the largest increase with 480,000 tourists.

A large number of Korean tourists visited Asean countries, with 2.9 million visiting Vietnam, 1.5 million travelling to Thailand and 1.4 million to the Philippines, which are the most visited destinations in Asean.

While noting the significant increase of people-to-people exchange between Asean and the RoK and looking forward to the goal of reaching 15 million travellers by 2020, the RoK’s Government will implement initiatives to enhance mutual ties with Asean, he said.

The RoK will concentrate on creating its tourism sector through promoting peace tourism to develop tour products in militarised zones, promoting attractions at film locations and planning to organize an Asean welcome week so that Asean tourists feel more at home in Korea.

Other tourism leaders from Japan and China also shared future plans of their countries to further enhance tourism cooperation with Asean member states.

They all agreed that Asean+3 tourism cooperation has great potential and broad prospects.

Hideyuki Tanaka, parliamentary vice-minister of land, infrastructure, transport and tourism of Japan said visitors from Asean to Japan in 2017 reached a record high of 3 million.

“We place a great emphasis on outbound tourism. We believe in the value of tourism exchange which enhances mutual understanding and promotes peace among nations.

“Japanese public and private sectors seek to promote outbound tourism by exploring new attractive foreign destinations for Japanese travelers. Through these efforts, Japan will further increase the number of Japanese visitors to Asean countries,” he said.

On the basis of equality and mutual benefits, the countries should promote data sharing of tourism and personnel exchanges, carry out joint promotion of tourism resources, support the development of high-quality tourism, encourage participating and organizing tourism festivals and exhibitions.

Speaking about the outcomes of the 22nd meeting of Asean Tourism Ministers on Thursday, Vietnamese Minister of Culture, Sports and Tourism Nguyen Ngoc Thien said the ministers agreed to diversify their tourism products through more than 130 products covering multi-Asean destinations.

Wellness, culture and heritage tourism will be at the core of Asean tourism this year, he said.

The 23rd Asean Tourism Ministers Meeting will be held in January next year in Brunei under the theme “Asean-Together Towards A Next Generation Of Travel”.

Read Next
Sri Lanka president: Respect Duterte war on drugs
EDITORS' PICK
DOH says COVID-19 cases plateauing, but public shouldn’t be ‘complacent’
Look Through: The fate of impounded stray dogs
House energy committee chair Arroyo bats for cheap electricity
23,000 cops to be deployed nationwide for school reopening
Unleash the photographer in you this World Photography Day with vivo smartphones
What to watch out for when selecting a video surveillance solution
MOST READ
Sharon Cuneta asks for prayers for friend in ICU who suffered silent stroke
Light therapy could be the answer to your sleep problems
Korina Sanchez reunites with former ABS-CBN co-anchors Julius Babao, Cheryl Cosim
Solons file resolutions seeking probe on ABS-CBN, TV5 merger
Don't miss out on the latest news and information.