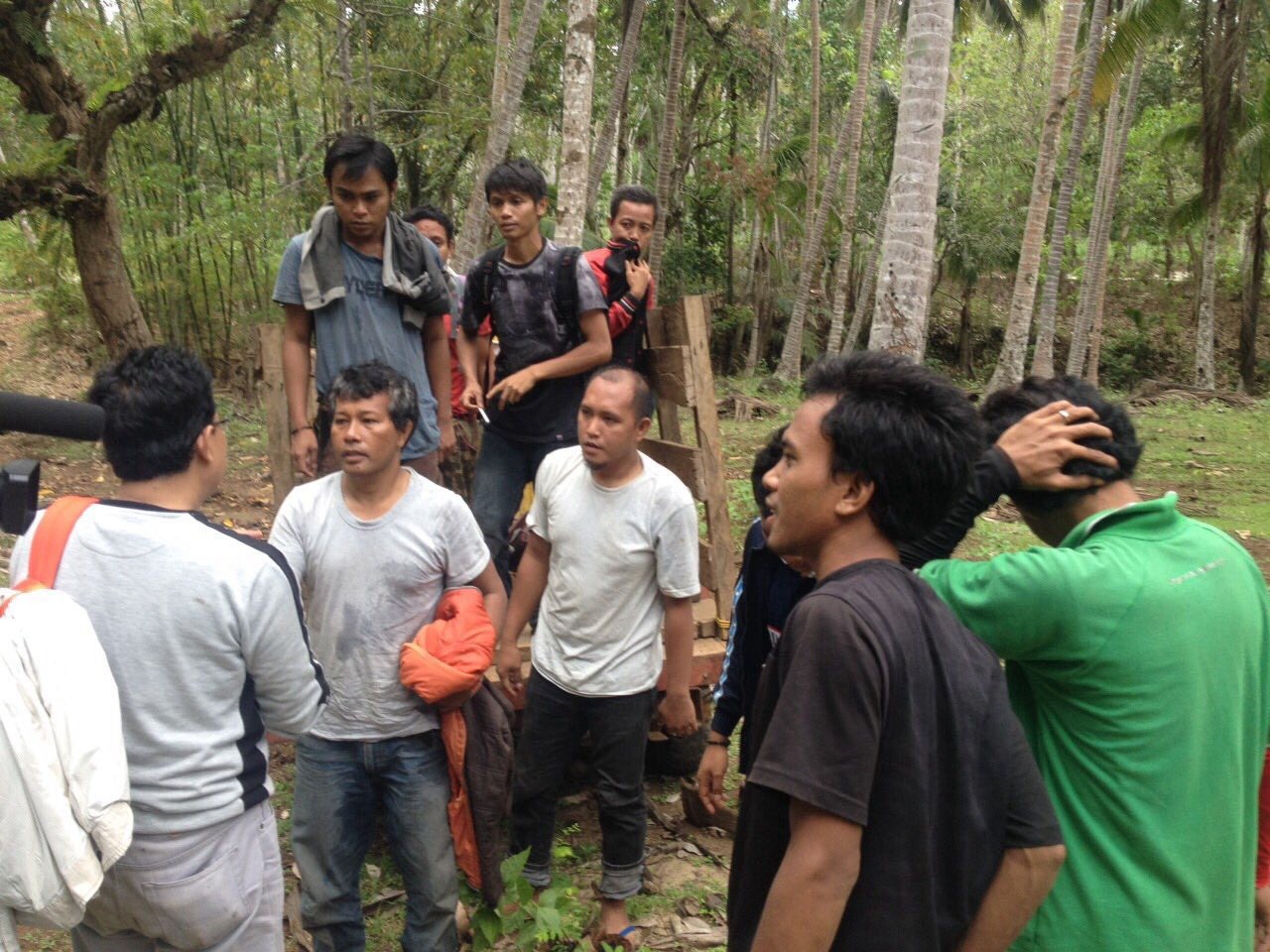 Ahmad Baedowi (left), one of the negotiators who helped in the release of 10 members of an Indonesian ship’s crew held hostage by the Abu Sayyaf group in Sulu, southern Philippines, shakes hands with the ship’s crew coordinator Julian Philip in a jungle in Sulu on May 1, during the release process. The Jakarta Post/Exclusive

JAKARTA — The Philippines-based armed group, Abu Sayyaf, recently released an Indonesian hostage who was featured in a viral video pleading for his life, but Jakarta denies that ransom was paid to the kidnappers to secure his release.

The fisherman, identified as Samsul Saguni, was turned over to Philippine authorities on Tuesday afternoon after spending four months in the hands of a splinter cell of the Abu Sayyaf group, a Foreign Ministry official confirmed on Wednesday.

“Samsul Saguni is currently at the Westmincom [Western Mindanao Command] military base in Jolo, southern Philippines, where he is undergoing a health checkup while awaiting a flight to Zamboanga city,” said Lalu Muhammad Iqbal, the ministry’s director for overseas citizen protections.

Iqbal denied his side had paid ransom to secure Samsul’s release, saying that kidnappers would often resort to disseminating videos as threats because their demands weren’t met.

“It’s precisely because they didn’t get what they want that they seek to pressure [those involved] through viral videos,” he told reporters.

In a video circulated on Jan. 5, Samsul was seen begging for his life as he knelt in a hole in the ground while armed men in military fatigues pointed guns to his head.

He was previously mistaken for another Indonesian hostage, Usman Yusof, who had managed to escape from the clutches of the armed group in December.

Samsul and Saguni were abducted in September last year as they fished in waters off Gaya island in Malaysia’s Sabah region.

Iqbal assured that the team at the Indonesian Embassy in Manila would work to bring Samsul home once the Philippine authorities handed him over.

The Asean Regional Cooperation Agreement for Combating Piracy and Armed Robbery against Ships in Asia, or ReCAAP, considers the waters that make up the Sulu-Sulawesi corridor south of the Philippines, east of Malaysia and north of Indonesia one of the most dangerous maritime regions in the world.

Between 1995 and 2013, 41 percent of incidents of piracy occurred in Southeast Asia, with the corridor being one of the major hot spots, according to ReCAAP.

The latest ministry records show that as many as 36 Indonesians had been held hostage in the southern Philippines since 2016. Only two remain captive, it says.

Indonesia initiated trilateral maritime patrols with the Philippines and Malaysia in mid-2016 in hopes of stemming the tide of kidnappings.

However, Iqbal noted that only Manila had assisted in rescue operations. “The hostages were taken away in Malaysian waters, but Malaysia has been completely absent in the process of their release,” he said.

The Jakarta-based Institute for Policy Analysis of Conflict (IPAC) suggested in its most recent study that related parties should eschew a military approach and instead work on “good intelligence” that includes interrogating the link between Abu Sayyaf and migrant communities in and around Sabah.

Read Next
DFA: Filipina tourist missing in Bali since Christmas
EDITORS' PICK
LTO’s P500-M deal for screws draws scrutiny
Smart reinforces superiority with best speed and mobile video experience in PH
Every Filipino home can now be a smart home with realme TechLife
Nestlé Philippines’ ‘NESCAFÉ Plan’ bags Grand Anvil at PRSP 56th Anvil Awards
New 3,045 COVID-19 cases push PH total active cases to 40,074
How to lose a PH genius: Wesley So officially a US citizen
MOST READ
US lays out list of aid to ‘satisfy’ Duterte following VFA payment demand
Robredo on Sara Duterte leading poll surveys: Why are Filipinos drawn to leadership of this kind?
How to lose a Filipino genius: Wesley So officially a US citizen
Lawyer for red-tagged tribal folk stabbed; laptop, documents taken
Don't miss out on the latest news and information.