US officials ‘encouraged’ by Duterte’s appreciation of Balangiga Bells’ return 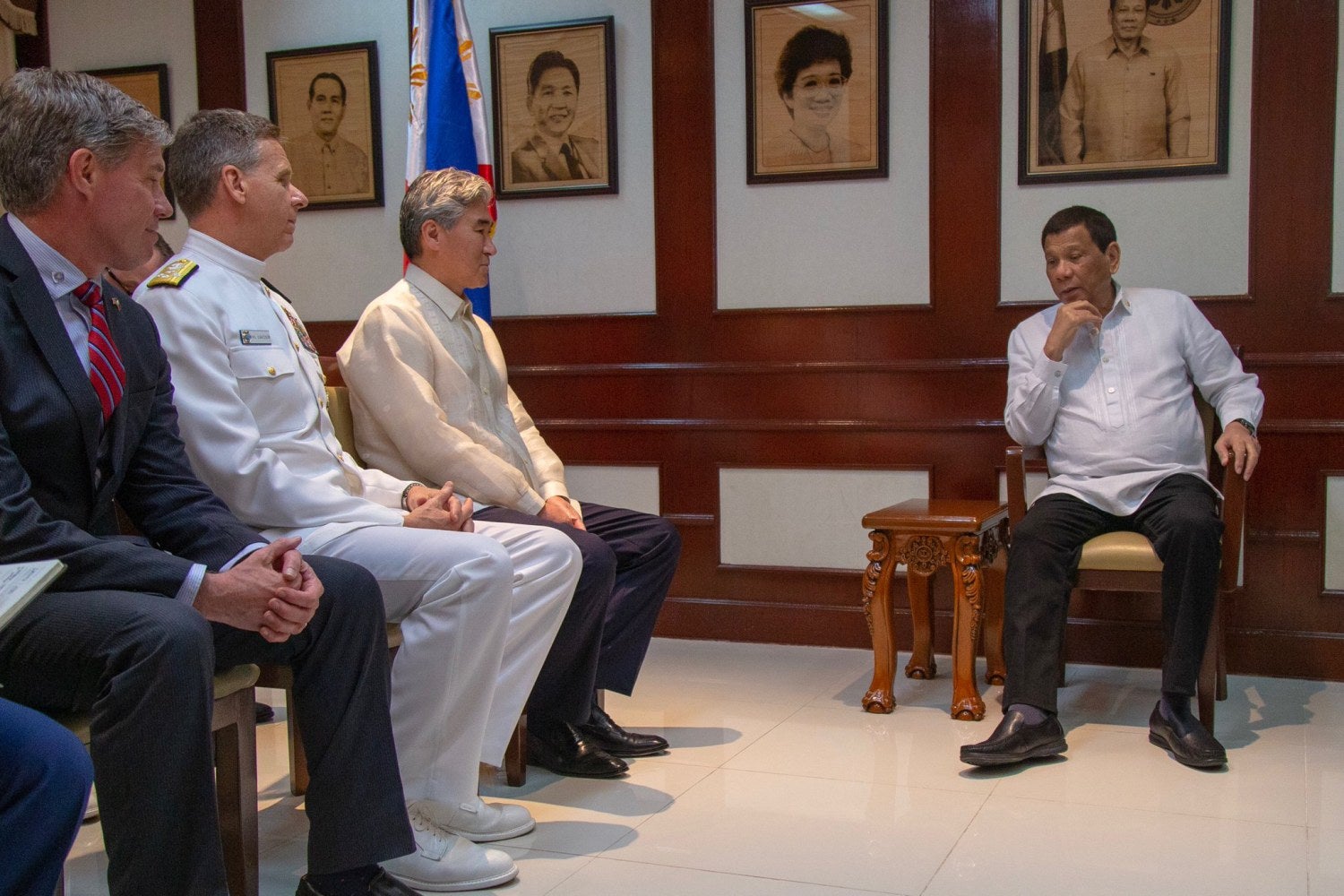 Photo courtesy of US EMBASSY

MANILA, Philippines — Top U.S. officials who have met with President Rodrigo Duterte were “encouraged” by his appreciation of the return of the Balangiga Bells.

Duterte met with U.S. Ambassador Sung Kim, Deputy Assistant Secretary of Defense for South and Southeast Asia Dr. Joseph Felter and Indo-Pacific Commander Admiral Philip Davidson on Tuesday afternoon at Camp Aguinaldo, a few hours after the historic bells were officially handed over to the Philippines.

“We were encouraged how he very much acknowledged the returning of the bells in Balangiga and how important it was to the Filipino people,” Felter told reporters on Wednesday.

“It was heartwarming to hear President Duterte express his thanks for this gesture. We thought this was a gesture we needed to make for a close friend and ally like the Philippines. We met under a great circumstance,” he added.

The three bells were taken by American soldiers as war trophies in 1901, after they avenged an ambush that killed about 50 of their comrades in the town of Balangiga, Samar. It was the greatest single defeat suffered by the Americans during the Filipino-American war.

The US forces razed the town which killed thousands of Filipinos, in what is now known as the Balangiga Massacre.

On Tuesday, the US returned the bells to the Philippines 117 years after they were taken, marking a closure of a painful chapter of history of the two allies.

Felter said the return of the bells was “a culmination of many years of voices calling for its return.”

“There are many voices, even former President (Fidel) Ramos and others who called for the return of the bells. President Duterte made it very clear how important this was to Filipino people. It’s a chorus of voices,” he said.

“Many people over many years worked very hard in the Philippines and United States to make this day possible. I think it culminated this year,” he added.

Ilonggos turn inward to get themselves through quarantine

Trump warns US of ‘really bad numbers’ in virus cases