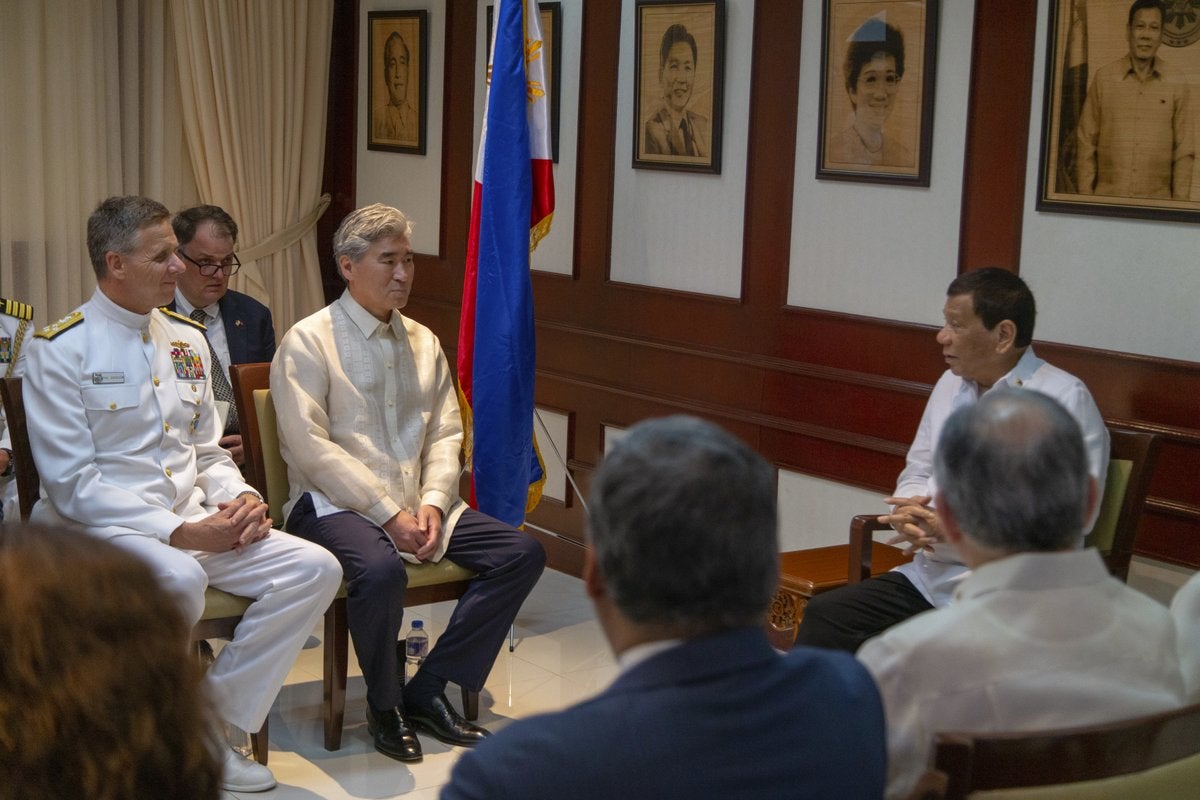 MANILA, Philippines — It appears that President Rodrigo Duterte has not yet made up his mind if he should visit the United States even after the the Balangiga Bells were returned to the Philippines early this week.

Foreign Affairs Secretary Teddy Locsin Jr. earlier said that Duterte would only visit the US after the return of the historic bells, which were taken away by American forces as war booty more than a century ago.

The President’s possible visit to the US was brought up during his meeting with US officials, Ambassador Sung Kim, Deputy Assistant Secretary of Defense for South and Southeast Asia Dr. Joseph Felter and Indo-Pacific Commander Admiral Philip Davidson, last Tuesday a few hours after the bells were turned over to the Philippines.

US President Donald Trump extended an invitation to Duterte during the Asean Summit in November 2017. /muf