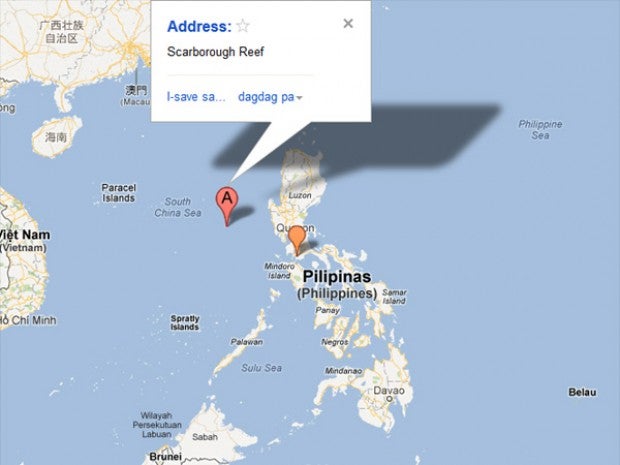 The government is currently looking into the reported incident in which the Chinese coast guards allegedly harassed a local television crew in Panatag Shoal, Malacañang said Monday.

In a Palace briefing, Presidential Spokesperson Salvador Panelo maintained that the government would not tolerate any harassment of Filipinos whether here or abroad.

“There is an investigation (ongoing)…We have to validate what happened there,” Panelo said.

The Palace official also assured that the government would object to any action that violates the rights of the country and its citizens.

Panelo made the remark after members of a television crew which was interviewing Panatag Shoal fishermen were reportedly blocked and asked to leave by two Chinese coast guard boats.

The incident, which was aired on GMA-7’s Reporter’s Notebook on Thursday night, was recorded last Nov. 8. It happened days before Chinese President Xi Jinping’s state visit to the Philippines early this week.

The Chinese coast guards reportedly asked the TV crew that they cannot hold interviews in Panatag “without the permission of China.”

When the crew insisted that the area was within the exclusive economic zone of the Philippines, the Chinese Coastguard told them: “If you don’t leave here, we will make a forced matter.”

Panelo noted that he already relayed the incident to Chinese Ambassador to the Philippines Zhao Jianhua who said that any complaint should be formally made.

The Palace official further underscored the need to continue holding talks with China and other Southeast Asian nations for the crafting of a code of conduct.

Panatag Shoal, located 125 nautical miles from Masinloc, Zambales, was a site of a tense standoff in 2012 between the Philippine Navy and the Chinese Coast Guard.

China’s expansive claim includes portions of the West Philippine Sea, but the Permanent Court of Arbitration invalidated it in July 2016, favoring the Philippines’ claims in the area.