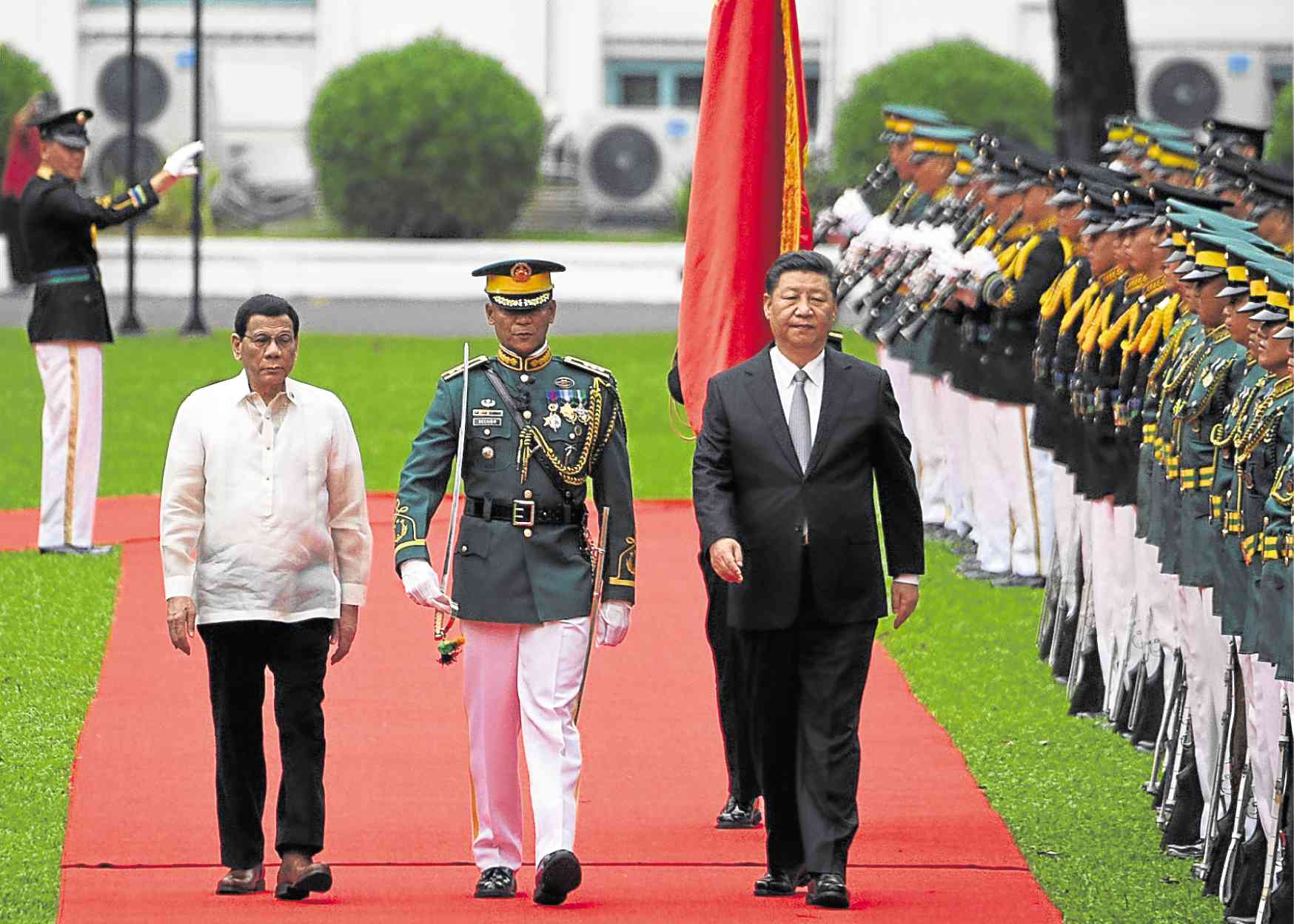 Chinese President Xi Jinping waxed Confucian in thanking President Rodrigo Duterte for hosting the Chinese ruler in the Philippines, saying his and the Philippine leader’s “tree” will “bear more fruits.”

In a Nov. 22 letter, Xi thanked the Philippine president and Filipinos for showing friendship and “warm hospitality” during the Chinese ruler’s two-day state visit in Manila last week.

Xi recalled his meeting with the President as well as Senate President Vicente Sotto III and Speaker Gloria Macapagal Arroyo.

“We had in depth exchange of views, reached important agreement on our bilateral relations and issues of shared interest and witnessed the signing of a series of cooperation documents,” the Chinese ruler said.

He added he was pleased at “the fruitful outcomes of this visit.”

Xi also said he felt the President’s sincerity and determination to further nurture Philippine and Chinese ties and the “friendly sentiment of [Filipinos] to the Chinese people.”

“I set great store by China-Philippines relations and value my personal friendship with you, Mr. President,” said Xi’s letter.

“I will work with you to strengthen political mutual trust and deepen practical cooperation in all fields, so that the tree of China-Philippines friendship will grow more luxuriant and bear more fruits,” Xi said.

Xi’s state visit saw the two countries signing 29 agreements that sought cooperation in infrastructure, trade and investment and people to people exchange, among others.

The biggest agreement was a memorandum of understanding (MOU) to cooperate in oil and gas development in disputed areas in the West Philippine Sea.

Senate President Pro-Tempore Ralph Recto said he believed the planned joint exploration would be a good deal for the Philippines.

He made the statement after Acting Chief Justice Antonio Carpio and former Foreign Secretary Alberto del Rosario concluded that “nothing is being given away” to China under the planned joint exploration deal.

“This seal from two eminent experts bodes well for the eventual forging of a constitutionally compliant venture that is economically beneficial to us,” Recto said in a statement.

The MOU on Cooperation of Oil and Gas Development between the Philippines and China was signed during Xi’s visit.

Under the MOU, the two governments would establish an “intergovernmental joint steering committee.”

The MOU also provided that all discussions and negotiations would be “without prejudice to the respective legal positions of both governments” on territorial disputes.

Recto said it was a good sign that the MOU respected the country’s sovereignty.

He said the plan “started off on the right foot and not with the foot of one party pressed on the back of the other.”