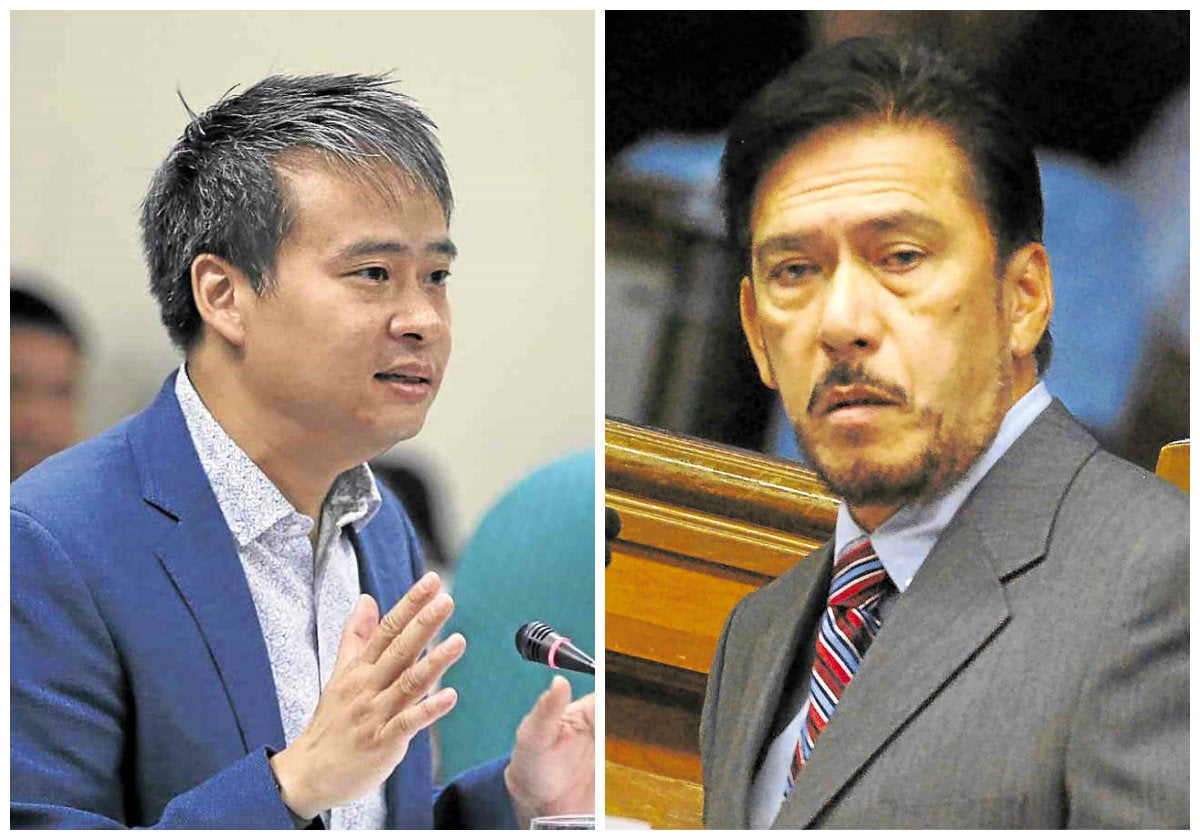 Senators on Saturday said they saw no reason for tension to arise between Manila and Beijing over the planned investigation and crackdown on illegal Chinese workers amid concerns that foreigners may be stealing jobs from Filipinos.

Sen. Joel Villanueva, who chairs the Senate labor committee, was set to open on Monday an investigation of the entry of Chinese nationals who work illegally and operate clandestine gambling operations in the Philippines.

Sotto said the planned probe “won’t cause any tension” between the two countries.

“The Chinese government has been coordinating with our authorities in arresting Chinese nationals who are committing criminal activities here in our country,” he added.

Sotto said China’s equivalent of the police Criminal Investigation and Detection Group had even sought his help to facilitate raids to capture Chinese criminal suspects.

About laws, not relations

Sen. Aquilino Pimentel III supported the planned Senate inquiry, saying it should not affect the renewed friendship between the Philippines and China.

“This concerns our labor laws, not Philippines-China relations,” Pimentel said in a text message.

“Our laws should not be violated and most especially, the welfare and opportunities of our own labor force are not compromised,” she said.

Villanueva on Friday denounced the presence of an increasing number of undocumented Chinese workers in the country.

He said there was an urgent need to review the laws, the enforcement system and the coordination of agencies to regulate the entry of the undocumented foreign workers who “shamelessly robbed our own people [of] jobs.”

“It is equally important also for our government to be vigilant in keeping our country free from the scourge of illegal online gambling,” Villanueva added.

He issued the statement following the arrest of 87 Chinese nationals and 16 Filipinos who were suspected of manning  unauthorized online gambling platforms.

The problem concerning illegal workers from China arose as ties between Manila and Beijing were warming up, reinforced by the state visit of Chinese President Xi Jinping.

There is no official estimate of the number of illegal foreign workers in the country, but legitimately employed aliens, or those holding valid  employment permits, have increased to about 116,000 since 2015, according to the  Department of Labor and Employment (Dole) statistics.

Pimentel said there was also a need to look into the administrative grant of Philippine citizenship to foreigners to find out if this had been abused.

According to him, it is easy to give Filipino citizenship through administrative means, but the process is not as transparent as a legislative grant of citizenship.

Under Republic Act No. 9139, or the Administrative Naturalization Law of 2000, aliens born in the Philippines and residing here since birth and have good moral character may apply for citizenship via administrative naturalization.