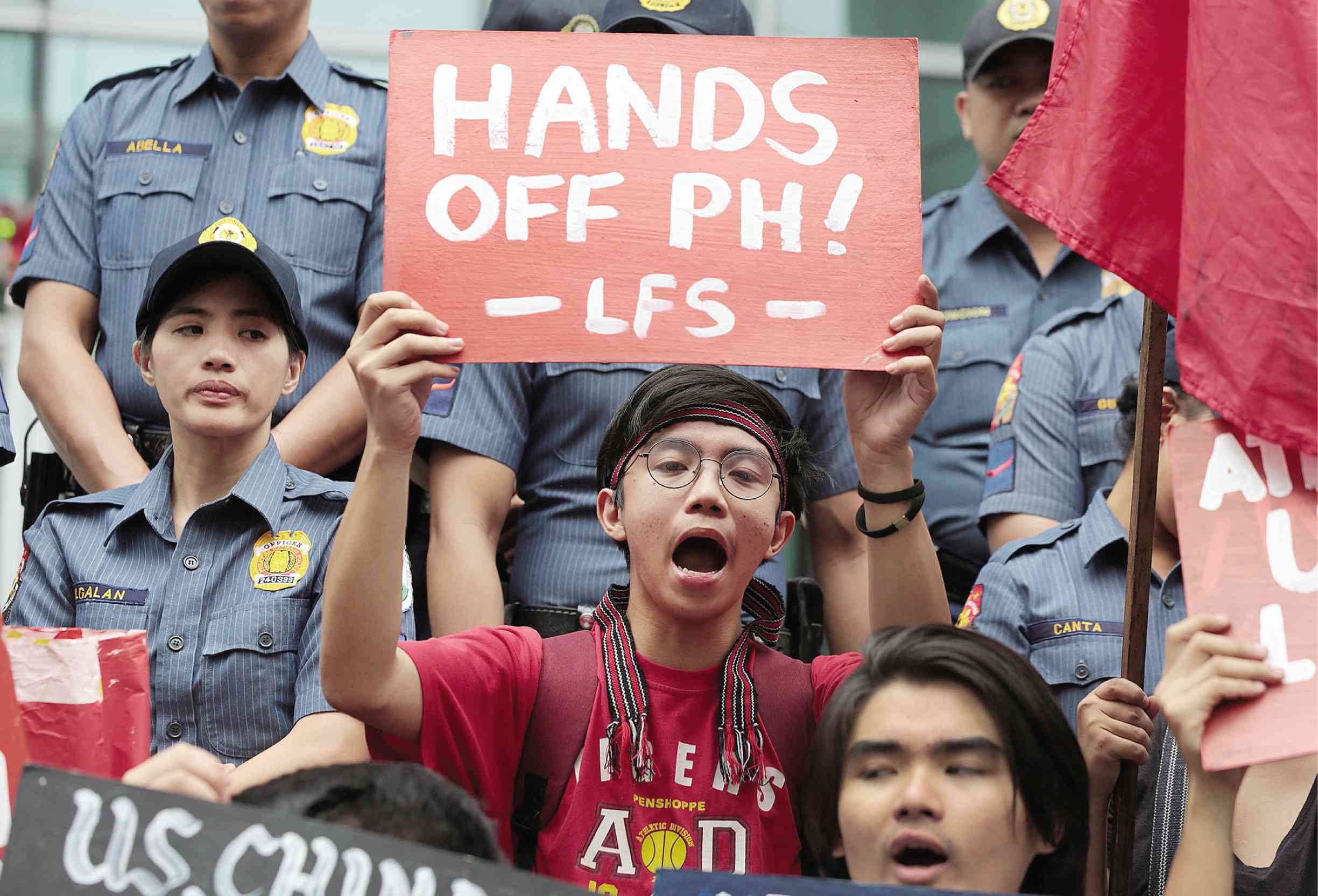 The country’s highest ranking defense official stood his ground on the Philippine claim to the West Philippine Sea in the face of opposing claims from China, but admitted the Philippine military was too weak to muscle past the dispute.

In a chance interview in Quezon City on Saturday, Defense Secretary Delfin Lorenzana stood firm that the West Philippine Sea is “still ours,” as enshrined in the UN Convention on the Law of the Sea and a 2016 ruling by the Permanent Court of Arbitration in The Hague favoring the Philippines in the dispute.

“We’re not giving up,” Lorenzana said, when asked about the government’s position on the dispute at the sidelines of the Veterans Federation of the Philippines Executive Board Meeting.

But he soon qualified his answer: “It’s not that we’re not proactive, but the reality is we are really weak.”

When asked about criticisms that the Philippine military was strong in internal security operations against fellow Filipinos but weak in protecting the country’s territory against other states, like China, Lorenzana readily admitted the lack of military muscle.

“What will we face them with? We don’t even have a capital ship that is a destroyer,” he said.

“We don’t have aircraft, missiles,” the defense chief said in Filipino.

“You can’t clash with them. That would be like a lightweight boxer taking on a heavyweight. How can you fight back?” Lorenzana added.

He said efforts have been underway since the past administration to “improve our capability to defend our territory” but that it would take years to materialize, not to mention the years needed for training on the equipment’s use.

Lorenzana also clarified statements he made on Friday detailing that a week before the arbitral ruling came out, US Defense Secretary Ashton Carter called him up to give him a heads up on the favorable decision and advise the Philippines to “exercise restraint” on the West Philippine Sea dispute and not “provoke trouble.”

Lorenzana on Friday said the advice was “significant,” but on Saturday clarified that this was not the basis for President Rodrigo Duterte’s decision soon after to take a “soft landing” approach to the dispute with China.

“I just mentioned it yesterday because I wanted to show the stages of the diplomatic efforts of our President and our government,” Lorenzana said.

He declined to elaborate further on Carter’s phone call to him, saying “it is already done.”