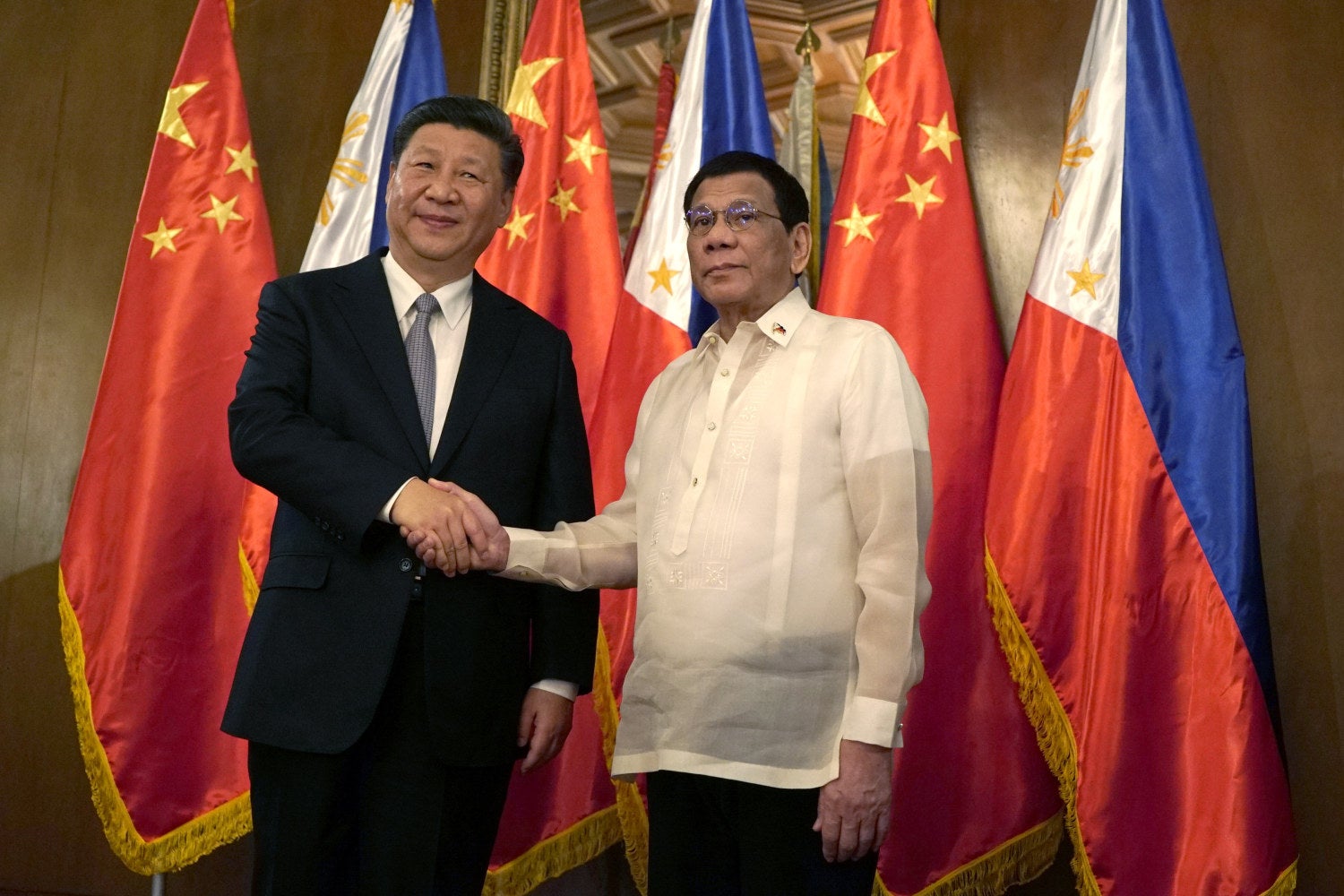 President Rodrigo Duterte and President Xi Jinping of People’s Republic of China pose for a photo prior to their expanded bilateral meeting at the Malacañan Palace on November 20, 2018. KING RODRIGUEZ/PRESIDENTIAL PHOTO

The Duterte administration has the obligation to fully disclose the government’s agreements with China for a joint oil and gas exploration in the West Philippine Sea (WPS), progressive lawmakers from the House Makabayan bloc asserted Thursday.

President Rodrigo Duterte and Chinese President Xi Jinping witnessed the signing of said deals during the latter’s two-day visit in the Philippines on Monday to Tuesday.

(The Makabayan is urging Malacañang that it’s the obligation of the government to inform the public whatever they have signed.)

De Jesus meanwhile said a full copy of the joint oil exploration deal should be divulged to ensure that not only a few people would benefit from the agreement.

Tinio also said that the deals, especially the one involving the WPS, should be scrutinized and its constitutionality should be questioned before the Supreme Court.

Philippines and China are locked in a territorial dispute in the WPS but Duterte has chosen to set aside this and the historic Hague ruling favoring the Philippines during the bilateral talks.

In July 2016, the Permanent Court of Arbitration in The Hague ruled Beijing’s claim to almost the entire WPS as invalid. /jpv

Your subscription could not be saved. Please try again.
Your subscription has been successful.
Read Next
Korean gov’t to ship trash dumped in PH back to Korea
EDITORS' PICK
CBCP releases litany of thanks for better health
Omega Speedmaster super racing: Tiny device massive change
Smart launches first joint Telco TVC for Donbelle
House energy committee chair Arroyo bats for cheap electricity
US gets access to more PH bases
12-year data track poor training of PH teachers
MOST READ
NorthPort, Bolick reach temporary solution to impasse
PBA: Ejected Guiao says Rain or Shine ‘deserves better officiating’ as losses pile up
US gets access to more PH bases
Sandara Park ‘got in trouble’ for not pressing elevator button for a company head
Don't miss out on the latest news and information.