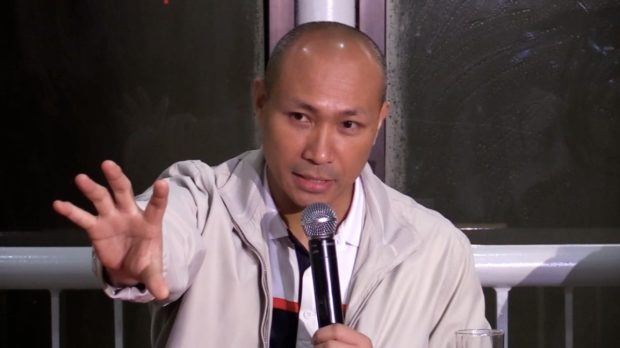 Magdalo Rep. Gary Alejano has warned the public against trusting China’s initiatives and diplomacy “at the expense” of the Philippines, saying Filipinos should look at China’s acts of benevolence “with a critical and historical lens.”

Amid President Rodrigo Duterte’s move to foster the country’s relationship with the economic giant, China’s Foreign Minister Wang Yi visited the Philippines on Oct. 28 to discuss joint exploration in the West Philippine Sea.

Among the bilateral documents signed during the visit, the Department of Finance said, were the exchange of letters for the feasibility study of the Davao River Bridge (Bucana) project; 50-million renminbi grant for the supply of law enforcement-related materials/equipment to the Philippines; and the $1-million grant for Typhoon “Vinta” victims last year.

But Alejano said these deals were mere “bribes” in “exchange for pro-China policies.”

(What China is doing is not a simple bestowing of gifts — this is a bribe to the administration in exchange for pro-China policies in the country.)

The opposition lawmaker also raised alarm over China’s acts of benevolence which may lead to “debt trap diplomacy” in order to “put the Philippines under its power.”

(We shouldn’t be complacent with the gifts they are giving us because these gifts will not have a good outcome and will put the Philippines at a disadvantage.) /je