Which Asian country has the most hydropower capacity? | Global News

Which Asian country has the most hydropower capacity? 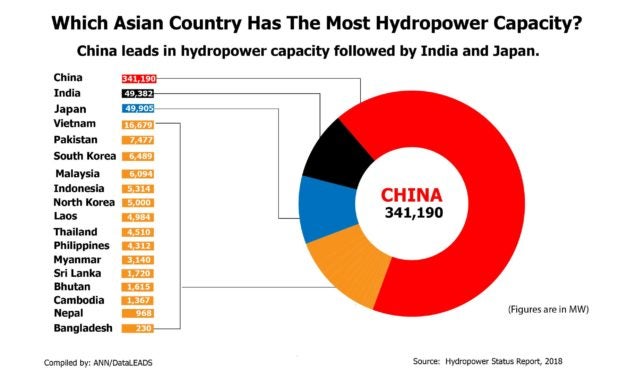 NEW DELHI — According to the recent Hydropower Status Report, East Asia and the Pacific has the highest annual increase in hydropower capacity with China contributing the largest share of installed capacity. Over 90 per cent of the capacity added in 2017 in the region came from China, which increased its total installed capacity to 341,190 MW.

Vietnam is ranked third in the region with an installed capacity of 16, 679MW. It added to the greater Mekong region’s capacity with its 260 MW Trung Son project becoming fully operational in 2017. 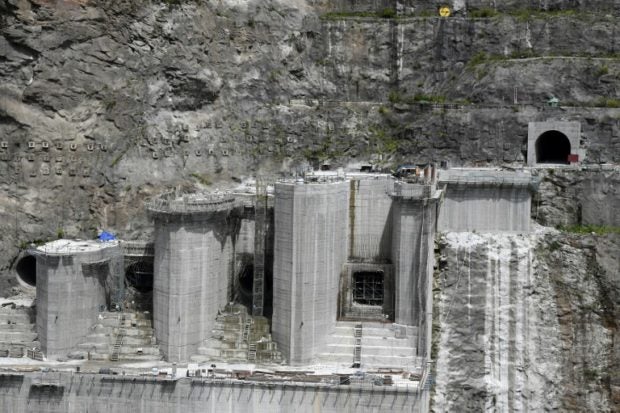 This photo taken on August 24, 2018, shows the under-construction site of Bhutan’s Punatsangchu hydropower project’s second unit in Wangdue Phodrang. – The gentle whirring of the windmill spoke of Bhutan’s giant stride as the only carbon negative country in the world. But its glory could fade fast unless the big powers pump up their green funding. (Photo by ARUN SANKAR / AFP)

South Korea and Malaysia have also been increasing their hydropower capacity. The latter has been working on expansion realizing the significant role it plays in the country’s energy generation and meeting climate change goals.

Indonesia is ranked ninth in the region followed by North Korea that generates almost 70 percent of electricity through hydropower, according to the above-mentioned report.

Two South Asian countries, Nepal and Bangladesh are ranked lowest in the region with comparatively lower hydropower capacity in the region. However, both countries are working towards increasing their capacity by commissioning more projects.