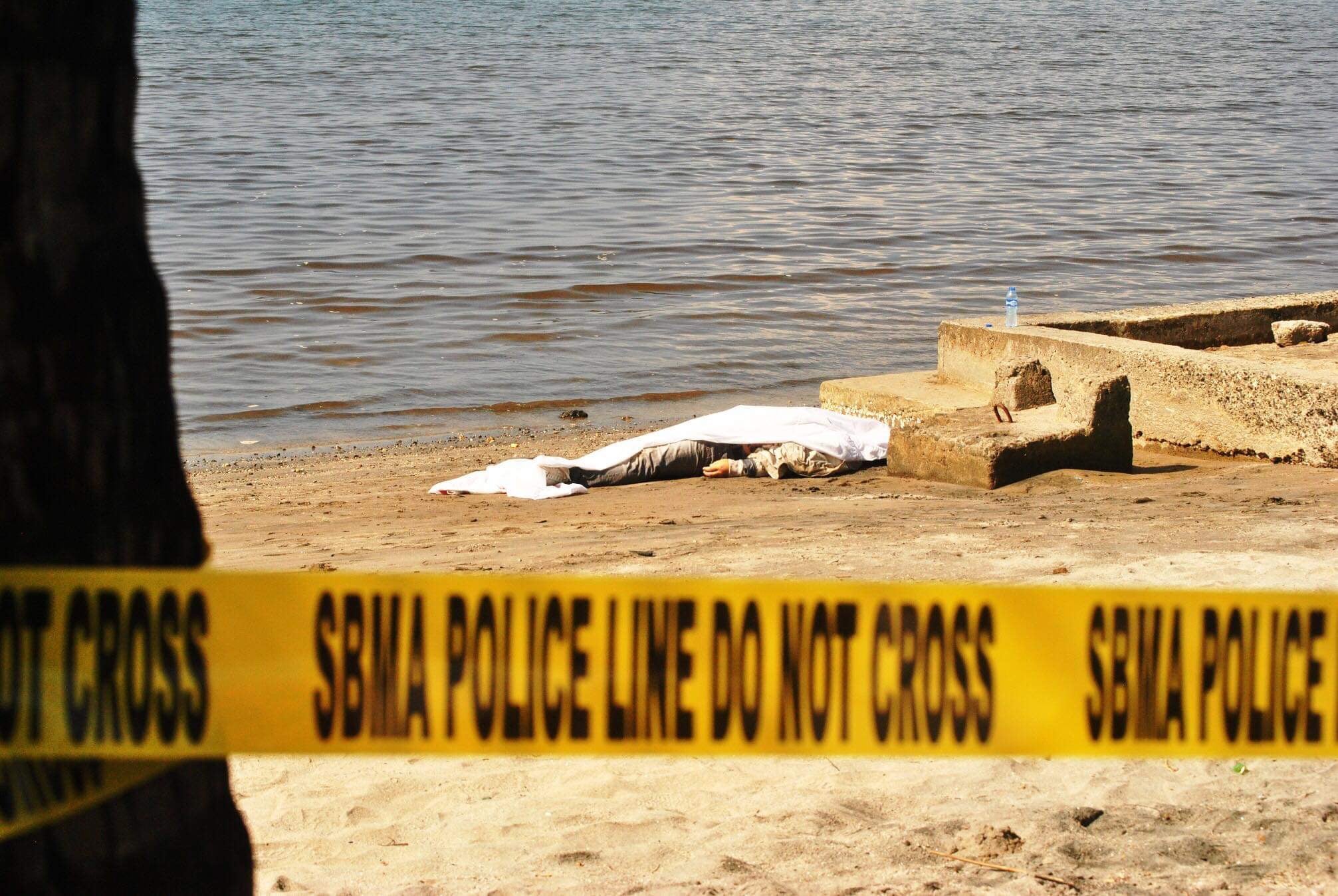 The body of a Korean national lies on the beach where he apparently shot himself early Wednesday. CONTRIBUTED PHOTO

SUBIC BAY FREEPORT ZONE – The remains  of a Korean national was found along the shoreline here on Wednesday morning.

Park Jin Sung, a casino financier from Ayala Alabang in Manila, was found with a gunshot wound in the temple by two female joggers near the Pier One Moonbay Marina Restaurant at 6:15 a.m.

Police found a 9mm handgun under his body, as well as ammunition which were lined up at the concrete breakwater.

The Korean’s driver said he and Sung arrived at the Subic Bay Freeport at around 4 a.m. and checked into separate rooms at the Diamond Hotel here.

However, the Korean never entered his room, said Vicente Tolentino, chief of the Law Enforcement Department of the Subic Bay Metropolitan Authority (SBMA-LED).