Filipinos in Thailand urged: Get insurance 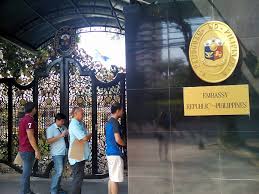 Back in 2016, an elderly Filipino couple who had been living in the island of Koh Chang, Thailand for the past 30 years was in need of help due to illness and a plane ticket back home. They were overstaying for many years, hence, there would be a penalty.

The husband was a musician until he got sick. With the help of the Filipino community that raised funds, the couple was able to go back to the Philippines.

Almost every week, there are Facebook posts about Filipinos needing financial help due to accidents, various medical needs, and body repatriation.

What do these overseas workers have in common? Either they are tourists and workers without insurance coverage both from the Philippines and in Thailand.

Mr. Val Roque, the First Secretary to the Philippine Ambassador in Bangkok, assures the Filipino community of the assistance from the government.

Regardless of status, the Philippine Embassy gives assistance to Filipinos in distress through the Assistance to Nationals (ATN) Unit. The website states that:

Requests of such nature are handled on a case-to-case basis. Actions taken by the ATN staff include, but are not limited to: Coordination with next-of- kin or relatives; Facilitating Repatriation; Mediation and Conciliation; Proper Representations with Thai authorities; Counseling; Referral to lawyers; Prison Visits; and Monitoring of Cases in Court.

The ATN, however, could not immediately give financial assistance to Filipinos in distress because the documents are processed at the Department of Affairs (DFA) in Manila which may take two to four weeks.

Teresita Casabuena, 49, decided to quit teaching at Anuban Nakhon Ratchasima, a public school, after eight years. Since she is a member of the Social Security (SS), the Labor Office assisted her to claim benefits until such time she finds another job.

“I already got an allowance from the SS amounting to 150 Baht per day. In October, I will teach in another school and I will continue paying for my SS,” Casabuena explained.

Aside from unemployment benefit, SS or PhraGansangkhom members can avail of medical benefits such as hospitalization (to the accredited hospital), maternity benefits, burial (cremation) and repatriation. Beneficiaries below seven years old are also covered with medical benefits. A member’s child born in Thailand receives 400 Baht a month until she/he reaches seven years old.

To fully avail the benefits, a worker should pay continuously for 15 years or until the age of 55. However, a worker is qualified to avail benefits after 12 months of uninterrupted payments.

Under the law, employers who commit violation will face imprisonment and fine or both.

Meanwhile, the Working of Alien Act 2008 guarantees the claim of deducted salary remitted to the Alien Repatriation Fund in which a portion of the deduction from the PhraGansangkhom goes.

Casabuena can be paid in a lump sum or in monthly pension at the age of 55 despite not completing the 15-year requirement.

“I can only get the amount my employer and I paid for the past eight years, which is around one hundred forty-four thousand Baht,” Casabuena said.

Since his 13-year-old son is no longer covered with PhraGansangkhom, Josemari Cordova, a lecturer at Vongchavalitkul University, a private institution in Nakhon Ratchsima, enrolled his family in Thai Phragan (ThaiLife) Insurance Company payable within seven years with 14 years maturity.

“I have the option to get the lump sum after full payment. But if I chose the maturity, I am covered by accident or death insurance. Since it is an investment plan too, I get the interest every year,” Cordova said.

Cordova would pay for his son’s insurance which covers medical, accident, and death benefits which is payable until he turns twenty. The medical benefit will last until the boy turns 99 years old.

‘Ignorance of the law’

In 2017, there are 17,921 Filipinos in Thailand. An estimated 4,000 are considered irregular or undocumented. Despite the strict labor law in Thailand, many Filipinos are unaware of their labor rights mainly because they entered the Kingdom as tourists and upon employment are given “Non-B” or working visas and work permits. However, the figure does not categorize whether they are insured or not.

Every year, when signing his contract, Greg (not his real name) chose a private insurance which is renewed every year. His employer pays for it but it has limited coverage. In April, Greg had an angioplasty that cost 250 thousand baht. His employer lent him money because the private insurance only covered 50,000 Baht. Had he opted for a Phragansangkhom, the procedure and the maintenance would be free.

Roque said it is often the case of the Filipino workers without weighing the long time benefits.

“For practical reasons, OFWs in Thailand who deal directly with employers are urged to ensure that they are enrolled by their employers in Thailand’s social security scheme under the Social Security Office. This gives them affordable access to Thai government hospitals for themselves and for their dependents.”