Israel’s Rivlin tells Duterte: ‘Hitler was the devil on earth’ 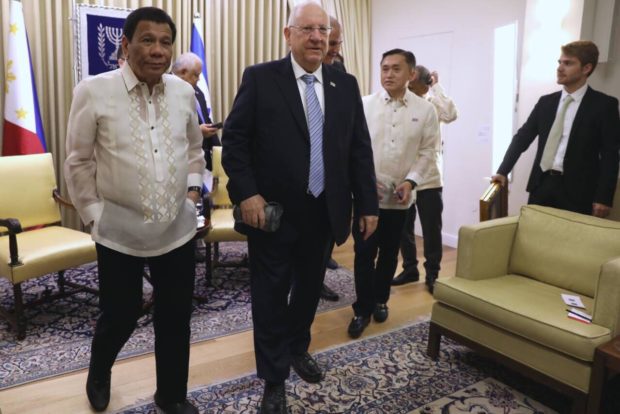 “Hitler was actually representing the devil himself. He was the devil on earth,” Rivlin told Duterte in a meeting here on Tuesday.

“And probably you have realized (Monday) the feelings when you visited the museum of Yad Vashem in Jerusalem to really feel the atmosphere and to feel the feelings of all the people that were part of this disaster that took place in the world between 1939 and 1945,” he added.

In September 2016, Duterte drew criticisms after he compared his anti-drug campaign to the Hitler-led Holocaust, saying he would be “happy to slaughter” three million addicts.

Mr. Duterte later visited a synagogue in Manila to personally apologize to the Jewish community, in what he described as a “terribly wrong” remark.  /kga