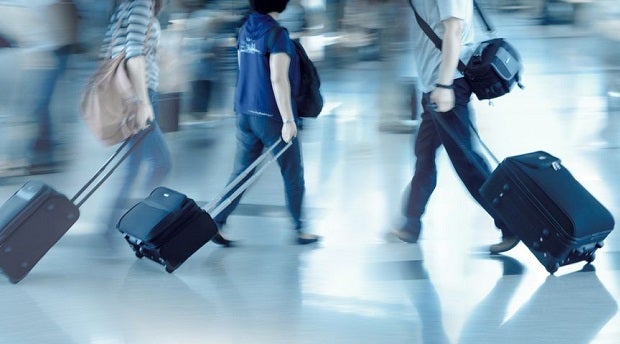 ISULAN, Sultan Kudarat — The United Kingdom and Australia both renewed their travel warning for their citizens amid the latest explosion in this town that left two people dead and a dozen others wounded, the second attack in a week blamed by authorities on pro-Islamic State militants.

The British Government, through its Foreign and Commonwealth Office, advised its people against all travel to western and central Mindanao and the Sulu archipelago because of terrorist activities and clashes between the military and insurgent groups in those regions.

“The FCO advises against all but essential travel to the remainder of Mindanao due to the threat of terrorism. Terrorists are very likely to try to carry out attacks in the Philippines, including in Manila,” the  FCO said in its updated advisory dated September 3.

“Terrorist groups continue to plan attacks and have the capacity and the intent to carry out attacks at any time and anywhere in the country, including in places visited by foreigners, like airports, shopping malls, public transport, including the metro system, and places of worship. You should remain vigilant at all times and report anything suspicious to the local authorities,” it added.

At the same time, Australia also warned its citizens due to the high threat of terror attacks.

“Exercise a high degree of caution in the Philippines overall. Reconsider your need to travel to eastern Mindanao, and do not travel to central and western Mindanao, due to very high levels of violent crime, the high threat of terrorist attack and kidnapping,” the warning, which was first released on August 15 and was still current, read.

“Do not travel to central and western Mindanao due to the very high threat of kidnapping, terrorist attack, violent crime and violent clashes between armed groups. Be alert to possible threats around locations that have a low level of protective security and places that could be terrorist targets. Possible targets for terrorist attacks include commercial and public places frequented by foreigners. Exercise heightened caution at this time,” it added.

On Sunday night, a homemade explosive device went off near an internet cafe in this town, leaving one dead and 15 wounded. Another blast victim, 15-year-old Marialyn Luda, died on Monday at the hospital in General Santos City.

The military blamed pro-Islamic State militants for the deadly explosion, the second attack in a week in Mindanao that has been placed under martial law since last year.

Regional military spokesman Capt. Arvin John Encinas told the Inquirer the forces of Abu Toraife, the leader of the Bangsamoro Islamic Freedom Fighters that pledged allegiance with Islamic State of Iraq and Syria, were behind the blast in retaliation for the government forces’ air and ground operations in Maguindanao where they lost several men.

The blast came as security forces were on heightened alert after pro-IS militants bombed Isulan on Aug. 28, killing three people and wounding dozens more. Last week’s attack occurred as the town was holding a fiesta to celebrate the anniversary of Isulan’s founding.

Last month, IS claimed a suicide bomb attack on the island of Basilan that left 11 people dead.

On the same date two years ago, at least 14 people died and 70 others wounded when an improvised explosive device was set off at the night market in the city of Davao.