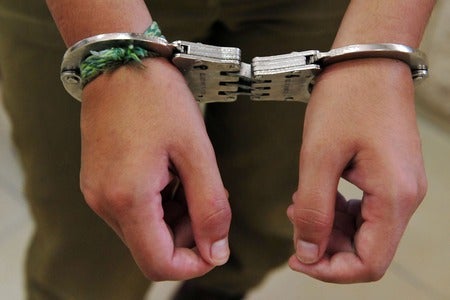 A Filipino worker pleaded not guilty after he was charged with groping an Indian masseuse in Dubai, United Arab Emirates.

The unnamed 40-year-old Indian masseuse was startled after her unnamed 29-year-old Filipino co-worker hugged and groped her in March, as reported by Gulf News last Saturday, Aug. 11.

She was taken by surprise when a pair of hands encircled her. To add fuel to the fire, the pair of hands also “touched her top,” the report said. When the Indian masseuse turned around to look at the owner of the wandering pair of hands, she was astonished after learning it was her Filipino co-worker.

The police arrested the Filipino worker not long after the Indian masseuse filed her complaint. He was charged with groping his co-worker.

The Filipino worker pleaded not guilty when he showed up on the case’s hearing held at Dubai’s Court of First Instance on Thursday, Aug. 9.

“I did not,” the suspect remained firm on his stand when he handed presiding judge Urfan Omar a written waiver which he supposedly acquired from the Indian masseuse, the report stated.

Likewise, the Indian masseuse was steadfast in her claim that she was hugged and groped by the Filipino worker. “I yelled at him angrily and pushed him away when he did that,” she said, reaffirming her testimony to the prosecutors.

The Indian masseuse’s testimony was backed by another workmate. “He slid his hands under her arms and groped her,” the unnamed 28-year-old Thai co-worker told the prosecution, the report cited.

The court will release its verdict on the case on Sept. 23. Kate Matriano/JB