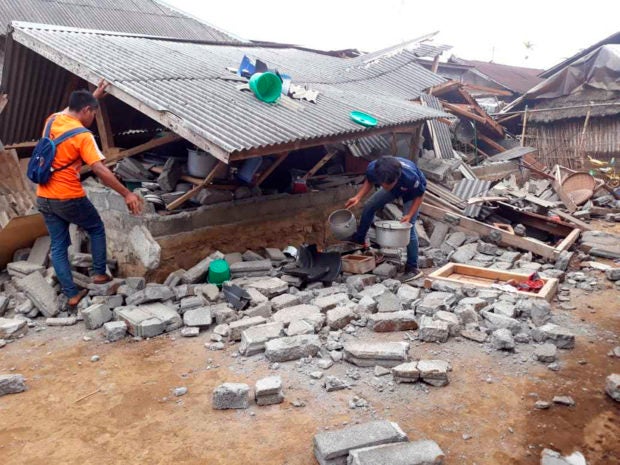 No Filipinos were hurt in the 6.4-magnitude earthquake that struck East Lombok in Indonesia last July 29, the Department of Foreign Affairs (DFA) said.

The Philippine Embassy in Jakarta reported that none of the 250 Filipinos in Lombok and surrounding areas were among those confirmed dead and injured, the DFA said in a statement.

The Embassy also offered its condolences to the families of those who were killed in the earthquake.

The National Disaster Mitigation Agency of Indonesia has reported that quake left 14 people dead and more than 1,000 houses damaged.

Five children and one Malaysian were among those killed by the shallow early morning quake that sent people running outside in panic and triggered landslides on popular mountain hiking routes.

Despite the damage, Ambassador Wee said the situation remains normal with infrastructure still functioning and flights from the Lombok International Airport operating as scheduled.  /muf