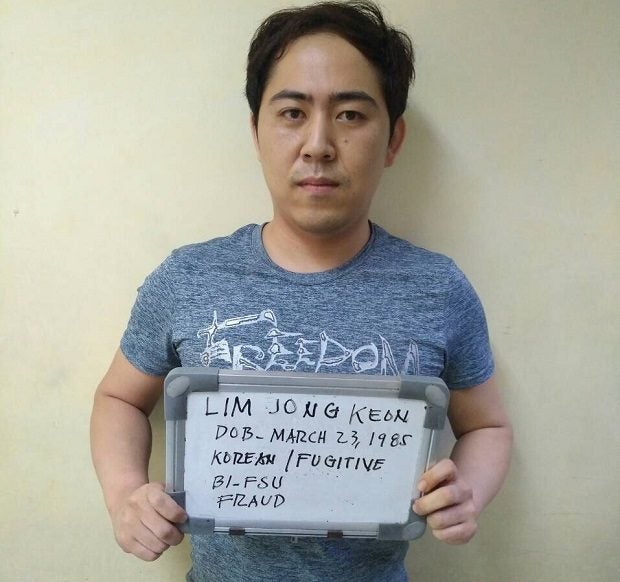 South Korean Lim Jong Keon was arrested in Sucat, Parañaque, on June 8, 2018, for alleged fraud in his country. BUREAU OF IMMIGRATION PHOTO

“He is the subject of an Interpol (International Police Organization) notice, and has been tagged as one of Korea’s most wanted criminals due to the large number of people that he victimized,” Morente said in a statement.

Morente, citing information from the Korean Embassy, disclosed that the fugitive was facing charges for large-scale fraud before South Korean courts.

Immigration spokeswoman Dana Sandoval said Lim, who had been wanted in South Korea since 2013, could be sentenced to ten years in jail.

The South Korean government has canceled the fugitive’s passport.

As of this writing, the BI was processing his deportation. /cbb