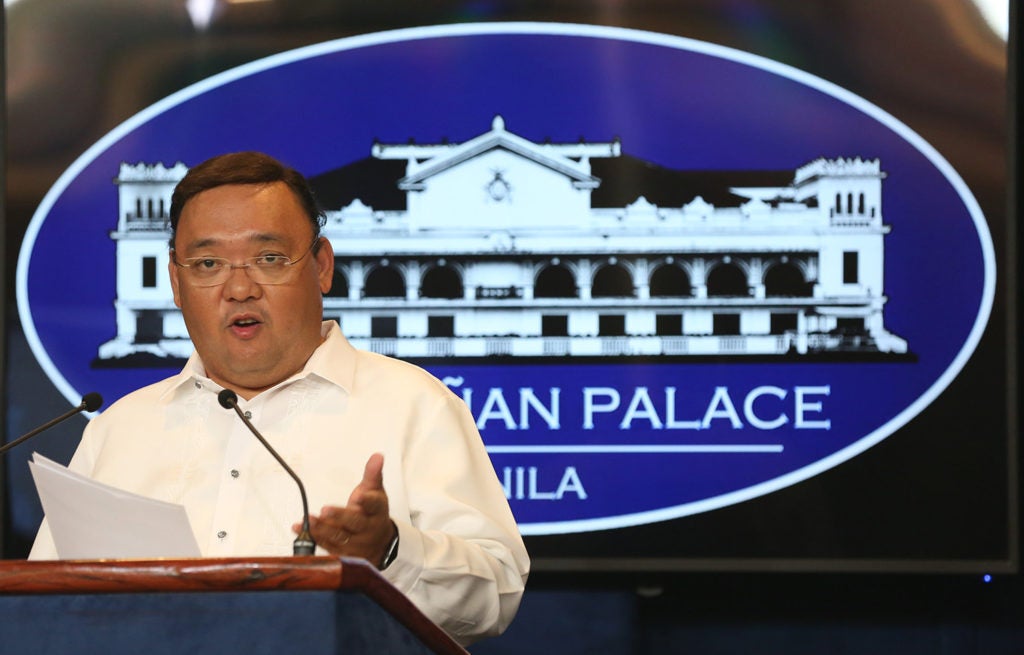 The Philippines will not file a case against China over the destroyed coral reefs at Panatag Shoal, Malacañang said on Wednesday, a day after acting Chief Justice Antonio Carpio said the government should seek compensation from China.

Presidential Spokesperson Harry Roque said the government “believes in diplomacy” and would just raise the issue in the bilateral consultation mechanism between the Philippines and China.

“We are a witness to how our friendly consultation and negotiation with China yielded positive results,” Roque said in a statement.

“At present, we have an existing bilateral consultation mechanism (BCM) with China, which has resulted in productive exchange of views on how to boost cooperation on areas which include maritime environmental protection,” he added.

The BCM allows diplomats from both countries to meet twice a year. The first BCM this year was held in Manila while the second one is expected to happen this July.

“We have had continuous discussions on environmental issues with China and both countries are committed to protecting and preserving the environment and to deal strictly with those who do not abide by relevant regulations,” Roque said.

On Tuesday, Carpio said the Philippines should file another case against China in the Permanent Court of Arbitration in The Hague over the admission of National Security Adviser Hermogenes Esperon Jr. that Chinese fishermen have harvested giant clams and destroyed coral reefs at Panatag Shoal.

But Roque said filing a new protest against China would have an impact on Manila’s “diplomatic gains” with Beijing.

“Filing a new case against China will reverse our diplomatic gains, not to mention the cost it entails. We can therefore discuss the issue of destroyed coral reefs in Scarborough Shoal as this forms part of the area of maritime environmental protection instead of filing a new case,” he said. /je