Duterte to visit Kuwait ‘out of gratitude’ 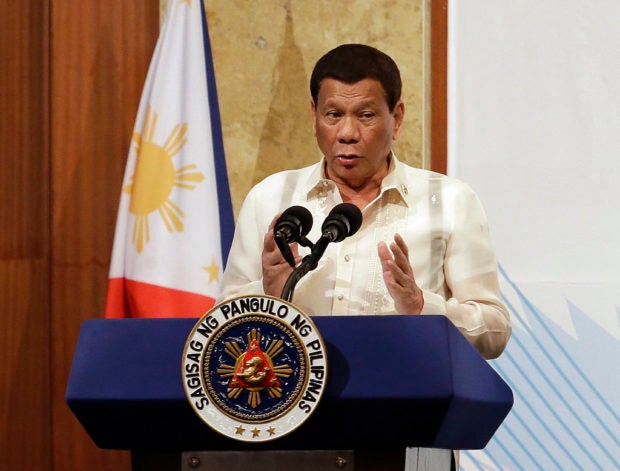 President Rodrigo Duterte has said he would travel to Kuwait to thank the Gulf state after the signing of the memorandum of agreement aimed at ensuring better working conditions for Filipino workers (OFW) there.

“I am going to travel to Kuwait to thank them because they practically gave in to my demands,” President Duterte said in a speech during the oath-taking of newly-elected barangay captains from Central Luzon in Clark, Pampanga on Tuesday.

“So out of gratitude, magpasalamat lang ako doon (I will thank them there),” Duterte said.

The President had slammed Kuwait after a series of abuses against OFWs were brought to light, including the murder of Joanna Demafelis, an OFW found dead in a freezer a year after she went missing.

But despite his vulgar words against Kuwaiti nationals, Duterte said, “After all, they’re also human beings, I found out.”

“But I was a bit harsh, very harsh during the early days at pinalagpas lang nila ‘yung mga mura ko (and they brushed off my expletives). So I will go there,” he added.

The President did not disclose the date of his travel to Kuwait. /je