Cayetano: PH stance remains ‘friend to all, enemy to none’ | Global News

Cayetano: PH stance remains ‘friend to all, enemy to none’ 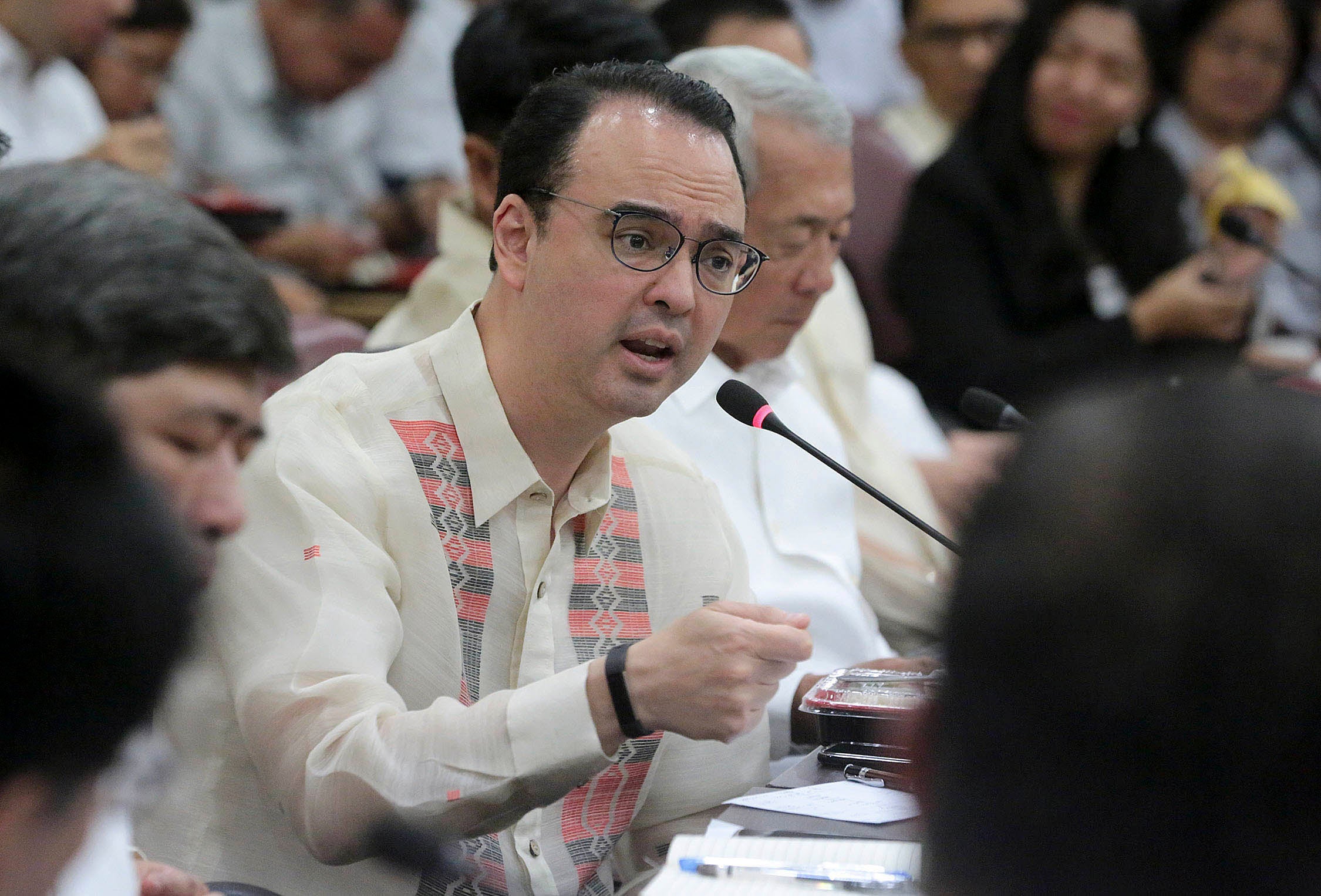 The Philippines is a “friend to all and enemy to none,” Foreign Affairs Secretary Alan Peter Cayetano reiterated this stance during the country’s 120th Independence Day celebration.

Cayetano said the country’s foreign policy “is imbued with highest standard and professionalism.”

READ: Cayetano: PH will remain an enemy to none, a friend to all

“We shall push on and fight our national interests and uplift the image of the Philippines in order to bring real change and economic and political benefits home—by being friends to all and enemies to none,” Cayetano said in a statement.

“We shall ‘Build, Bridge, Build’ to protect the country’s interest and to achieve peace and prosperity, including the long-term security and stability of the region,” he added.

Cayetano also said that the foreign department would protect the well-being of the Filipinos around the world.

“We shall stand tall as Filipinos and be living witnesses as the Philippines continue to work and be victorious in advancing the country’s interest in the world stage, and ensuring the well-being of Filipinos wherever they are,” the foreign affairs secretary said.

Recently, members of the Chinese coast guard were caught on tape getting fish from the Filipino fishermen in Panatag (Scarborough) Shoal.

Malacañang said that the video that aired on GMA News on Thursday was no form of bullying and was “inconclusive.”

“If established, it’s a ground for protest. I have asked GMA 7 to authenticate it, but the video that I saw was inconclusive. I didn’t actually see any bullying,” Presidential Spokesperson Harry Roque said.

President Rodrigo Duterte also admitted earlier that he was not aware on the harassment of Filipino soldiers by the Chinese forces in Ayungin Shoal last May.

“I don’t know about that incident. I was busy talking to Korean officials. What kind of harassment?” Duterte said in a press briefing at the Ninoy Aquino International Airport (Naia) Terminal 2 shortly after his arrival from a three-day official trip in South Korea.

The relationship between China and the Philippines had been affected since the dispute in the West Philippine Sea dispute.

However, Foreign Affairs Undersecretary Ernesto Abella said that a “very serious conversation” is underway between the two countries.

Abella also said that the Philippines is not “negligent” in dealing with Chinese militarization over the disputed waters of the country. /jpv