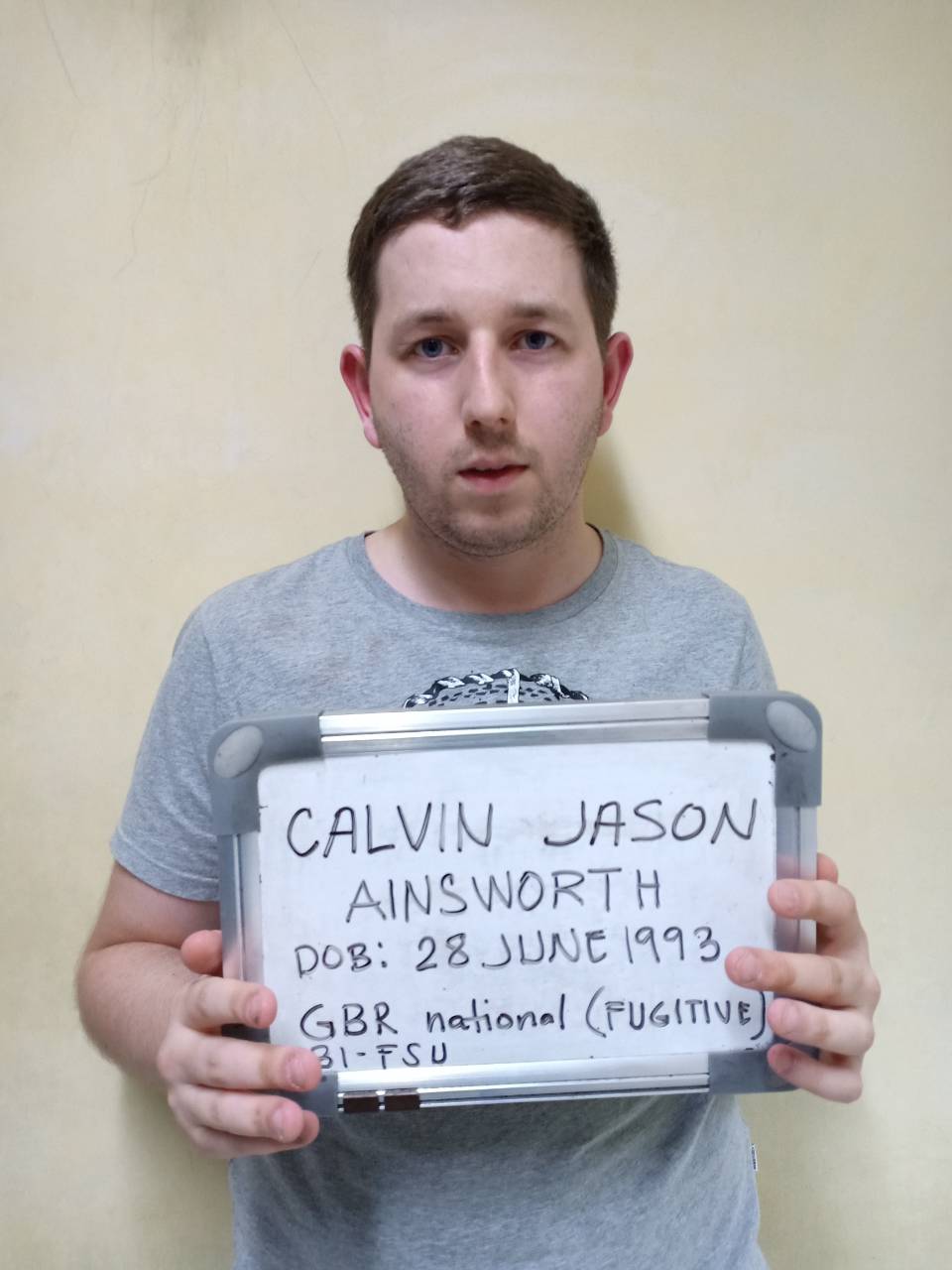 Photo of the suspect, courtesy of the Bureau of Immigration.

A 24-year-old British national who was reportedly involved in large-scale internet fraud and money laundering activities in the United Kingdom was caught hiding in the Philippines for nearly three years.

Calvin Jason Ainsworth was arrested by the Bureau of Immigration (BI) Fugitive Search Unit (FSU) in his residence at Josefa Country Homes in Banawa, Cebu City, the bureau disclosed on Wednesday.

In a text message, BI spokeswoman Dana Mengote said FSU agents raided Ainsworth’s residence on Saturday, June 2. The fugitive’s brother, Jared William, who came to the Philippines with him, remains at large.

According to BI Commissioner Jaime Morente, the Briton was arrested at the request of the UK National Crime Agency. The Ainsworth brothers became fugitives after fleeing to the Philippines in September 2015, just after they were released on bail by a British court.

“It was reported that they continued to profit from their online racket while in the Philippines as their victims’ money were laundered to them via money transfers by their cohorts in the UK,” Morente said in a statement.

The victims’ funds, which were paid via Paypal, were allegedly withdrawn or transferred to the bank accounts of the alleged fraudsters, Raquepo said.

“IP addresses, email accounts, phone numbers, and addresses used in the transactions were all traced to the Ainsworth brothers,” the BSU chief said.

The arrested fugitive was detained at the BI Detention facility in Camp Bagong Diwa, Taguig City as the bureau was processing his deportation. /jpv