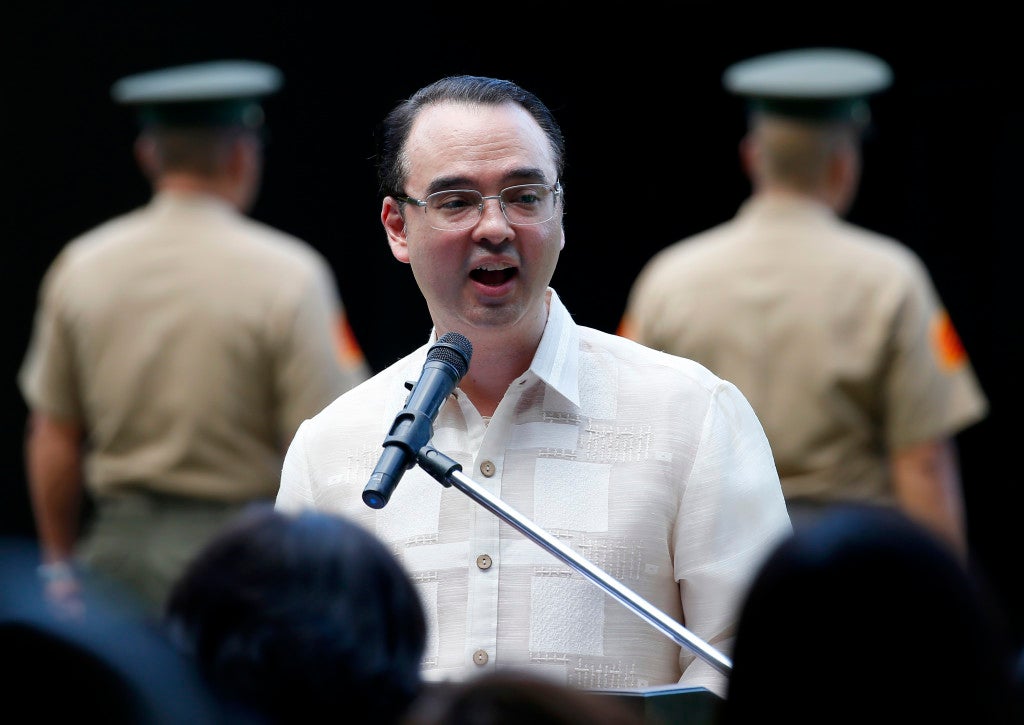 Foreign Affairs Secretary Alan Peter Cayetano slammed Vice President Robredo and the opposition late Saturday for their ‘double standard’ amid the diplomatic row between the Philippines and Kuwait.

Responding to Robredo’s call for “decisive steps” in resolving the diplomatic crisis, Cayetano blasted the vice president for spreading “fake news” when she sent a video message to the United Nations about purported extrajudicial killings in the country’s war on drugs.

“Hindi puwedeng may double-standard,” he said, noting that the opposition has said it is okay for foreigners to join rallies here, which to him is a violation of Philippine sovereignty.

He chided those who criticize the video of Philippine embassy officials in Kuwait rescuing Filipino workers in distress.

Cayetano called on the opposition to hold their criticism because the country was holding diplomatic talks to ensure the safety of Filipinos.

The secretary claimed that investigations while negotiations were ongoing would weaken the country’s position and endanger Filipinos.

Cayetano, a close ally of President Rodrigo Duterte, assured the vice president that the Department of Foreign Affairs (DFA) was accountable and that internal investigations were underway.

According to him, DFA was trying to find out if there was a breach of protocol on the part of those who took the video of the rescue operations and released it on social media.

“They will be held accountable, and we’re looking at what and why it happened. Pero makikita n’yo ‘yung intensyon ng kumukuha, to show na hindi nga kidnapping dahil nandoon lang naman sila sa labas,” he said.

“What we did caused misunderstanding, but what we did was our obligation and duty to our OFWs,” he added. /cbb