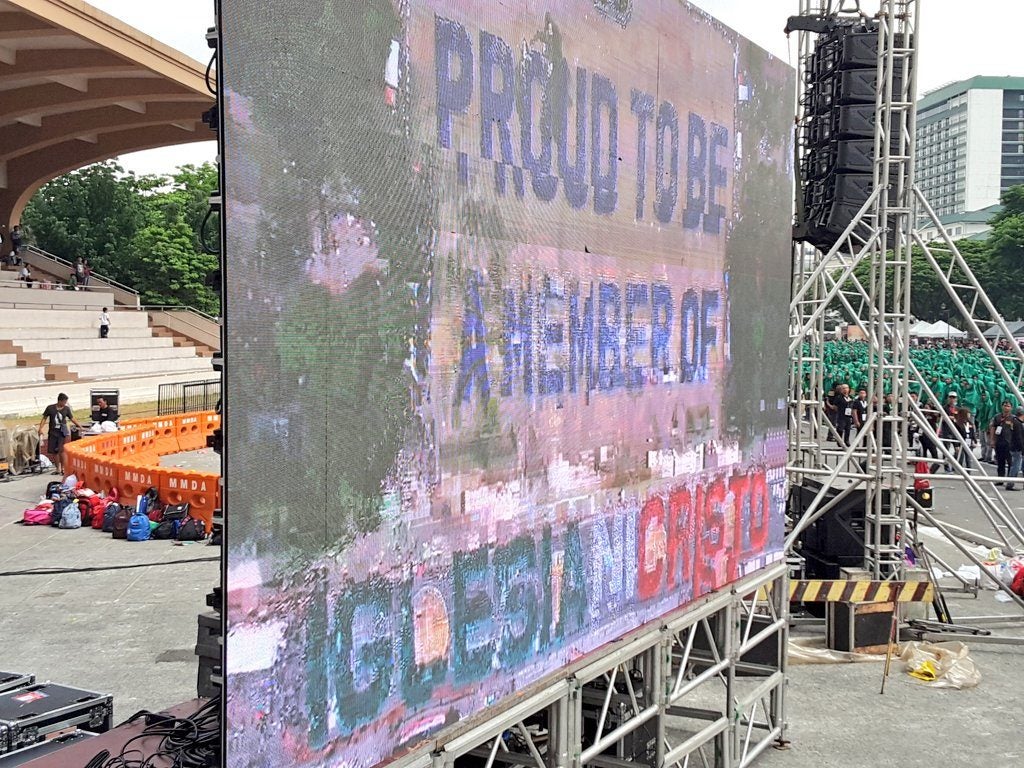 More than a million members of the Iglesia ni Cristo (INC) gathered along Roxas Boulevard and at the Rizal Park in Manila in an attempt to break five Guinness world records during a charity walk on Sunday.

The Manila Police District estimated the number of participants at 1.5 million.

During the event dubbed the “Worldwide Walk to Fight Poverty,” the INC said it set a new Guinness record for forming the largest human sentence.

INC members who participated in the 1.6-kilometer charity walk assembled at around 6 a.m. at the Cultural Center of the Philippines (CCP) in Pasay City.

Participants deposited their wristbands in drop boxes located at the end of the finish for the official count.

More than 300 sites around the globe across 18 time zones simultaneously hosted the event.

This year’s charity walk aimed to beat its own record set in 2014 with a total of 519,221 participants from 129 sites in 16 countries across the world during the first Worldwide Walk to Poverty.

Among the beneficiaries of this year’s walk will be the less fortunate in selected communities in Africa, according to Edwin Briones of INC’s public information office.

“Poverty is the principal cause of hunger in Africa and elsewhere. The church recently established an eco-farming project in Ladybrand, South Africa, aimed at helping address the pressing concerns of hunger and malnutrition in that area,” the INC said in a statement.