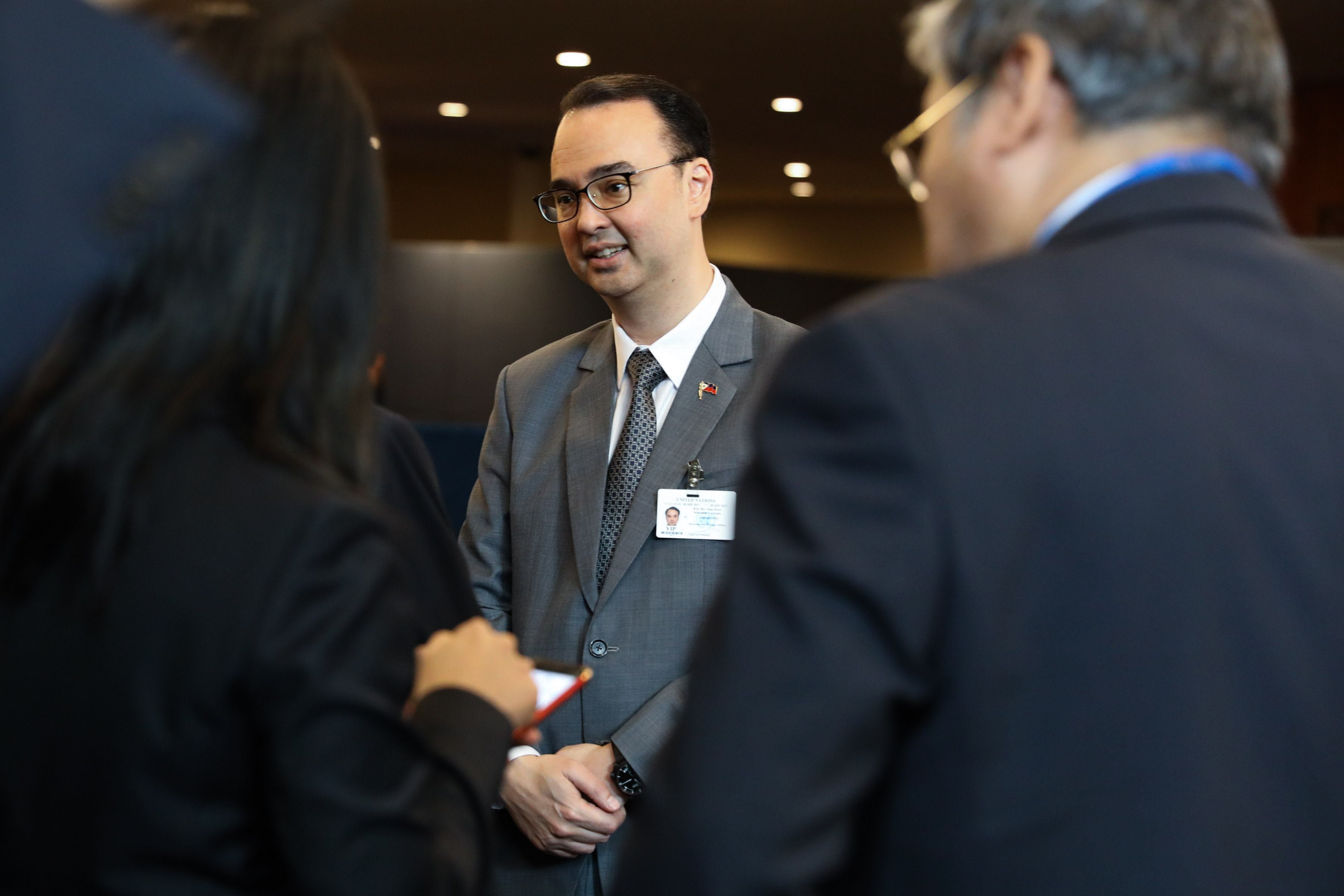 Foreign Affairs Secretary Alan Peter Cayetano said Tuesday that Kuwait’s call for calm despite their “serious stance” on the issue with the Philippines over the treatment of domestic workers will allow both countries to “move forward.”

“This gesture on the part of Kuwait, a country with which we have shared history and strong people-to-people ties, will allow us to move forward and hurdle the challenges we face,” he said in a statement.

Kuwait Deputy Foreign Secretary Minister Nasser al-Subaih said they “do not believe in escalation and want to remain in direct communication to resolve the problem.”

“We acknowledge with heartfelt thanks the assurances of Kuwait to work with us in protecting the rights and promoting the welfare of Filipinos working there,” Cayetano said.

The country’s top diplomat said that the “shared goal” of both countries be pursued with willingness to understand and respect where each side is coming from.

Cayetano said he believed that the friendship of both countries “will withstand this misunderstanding.”

Read Next
Permanent ban on OFW deployment to Kuwait conditional – Palace
EDITORS' PICK
SMDC The Good Guys on the Go
WHO resumes hydroxychloroquine coronavirus trials
COOCAA TV Bounce Back Sale offers up to 50% off
Cherry Mobile teams up with Cloud Panda PH, launches online store
Over P785M distributed to 98K PUV drivers in Metro Manila — DSWD
DOLE eyeing P20-B subsidy for MSMEs
MOST READ
It’s final: Anti-Terror Bill now only needs Duterte’s signature
Kris Aquino goes home after quarantining for nearly 3 months in Puerto Galera
‘She had no right to be in Singapore’: Youth pleads guilty to abusing Filipino maid
Piolo gets first call slip from ABS-CBN to resume ‘ASAP’ taping
Don't miss out on the latest news and information.