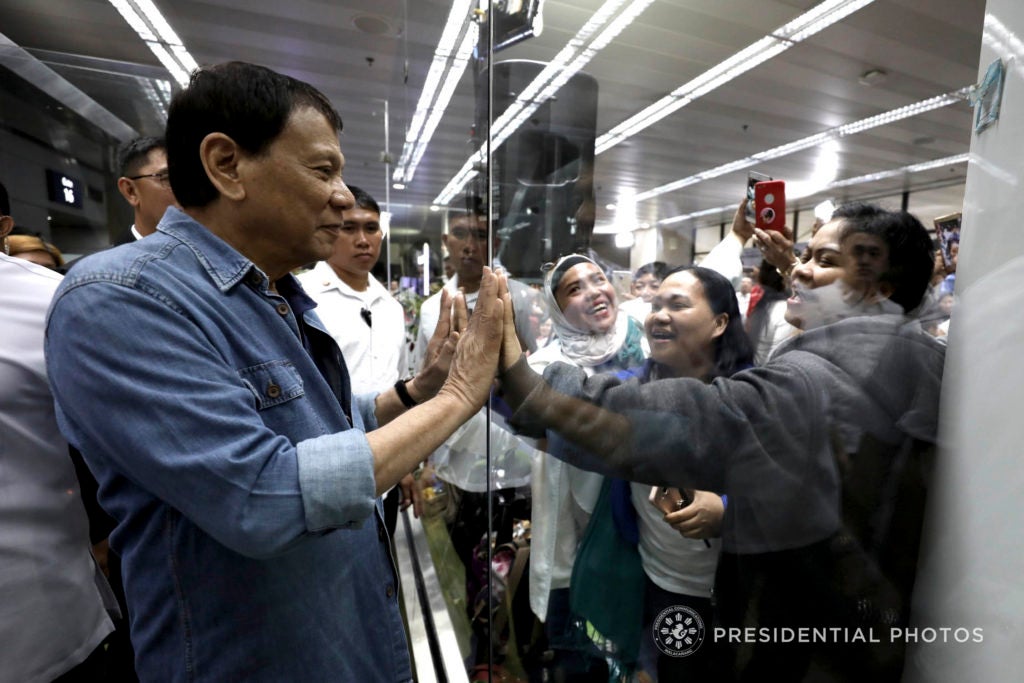 The ban on Filipinos going to work in Kuwait is not so permanent after all.

Malacañang said on Monday that President Rodrigo Duterte could still lift the prohibition if Kuwait agreed to sign an agreement for the better treatment of Filipino domestic helpers, and Philippine officials would fly to the Gulf state to seal the deal.

In Kuwait, a senior government official sought to calm the diplomatic row with the Philippines, saying it was “largely a misunderstanding and exaggeration of some minor or one-off cases.”

Presidential spokesperson Harry Roque said that when Mr. Duterte announced on Sunday that the ban on the deployment of overseas Filipino workers (OFWs) to Kuwait had become permanent, what he meant was that it was conditional and would remain unless the Gulf state agreed to sign the labor pact.

“What the President announced is the maintenance of the status quo. Until we have reached or signed a memorandum of agreement providing for the minimum terms and conditions of employment of our nationals, the ban stays,” Roque told reporters.

The Philippines is trying to “normalize” ties with Kuwait, Roque said, noting that the President was not confrontational and was “very somber, very calm” when he addressed the oil-rich Arab country which hosts 260,000 OFWs.

“It is not as if we are escalating it as reported by some media outlets,” he said.

Roque said Labor Secretary Silvestre Bello III and other Cabinet officials would travel to Kuwait on May 7 to continue the process of “diplomatic negotiations and conversations.”

In a radio interview, Bello said the ban was temporary and that media reports misquoted the President.

“The reports, sometimes, are not accurate. The President reportedly said that the ban was permanent. That is not the case,” Bello said.

On Saturday, Mr. Duterte appealed to the “sense of patriotism” of OFWs in Kuwait and asked them to return home.

He said the Philippines would no longer pursue a deal with Kuwait for the regulation of working conditions for housemaids, who make up 60 percent of the OFWs there, and that the temporary ban he had imposed on their deployment to the Gulf state was now permanent.

Kuwaiti authorities also arrested four Filipinos hired by the embassy for the operation and issued warrants for the arrest of three diplomatic officers.

“This is largely a misunderstanding and exaggeration of some minor or one-off cases,” Kuwaiti Deputy Foreign Minister Nasser al-Subaih told reporters in Kuwait City on Monday.

“We have taken a serious stance . . . but we do not believe in escalation and want to remain in direct communication to resolve the problem,” Subaih added.

It’s up to them

Mr. Duterte’s decision drew a sharp rebuke from labor groups, including Migrante International, which demanded to know how Mr. Duterte planned to provide for the families of more than 260,000 Filipinos returning home jobless.

Roque, however, said it was up to the OFWs in Kuwait if they wanted to heed the President’s call for them to return home.

For the OFWs who preferred to stay, he said the Philippine government could still protect them because it still had a charge d’affaires and a diplomatic mission in Kuwait.

Roque also said the Palace would leave it up to the Department of Foreign Affairs (DFA) to take care of the embassy employees involved in the sharing of the video of the rescue operation that angered the Kuwaiti government.

Foreign Secretary Alan Peter Cayetano admitted on Monday that “definitely the video added fire” to the controversy with Kuwait, but said the DFA shared it because Mr. Duterte himself had encouraged the agency to expose cases of abuse against Filipino workers in other countries.

“Let’s be aggressive. If there are cases of abuse, use the social media,” Cayetano told reporters, quoting the President.

Also on Monday, Senate President Aquilino Pimentel III said the situation needed to be defused and suggested the Philippines ask Saudi Arabia or Qatar to help save its relations with Kuwait. —WITH REPORTS FROM TINA G. SANTOS, DONA Z. PAZZIBUGAN, CHRISTINE O. AVENDAÑO AND AFP