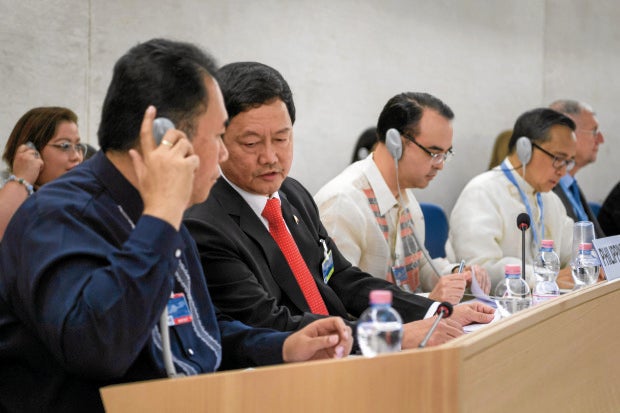 “It is unlawful for aliens staying in our country to engage in partisan political activities,” said Guevarra in a text message.

The Justice secretary issued the statement after officials blocked the entry of Giacomo Filibeck, a leader of the Party of European Socialist (PES), at the Cebu International Airport.

Filibeck was in the country on October 2017 and criticized President Rodrigo Duterte’s war on drugs.

“The government has the right to refuse entry to those who have committed these illegal acts in the past,” Guevarra said.

The European politician arrived in the country to attend a two-day party congress of the Akbayan Party-list a sister party of the PES. /cbb