No policy statement on Syria air strikes for now – Malacañang

Malacañang has deferred to issue a policy statement on the air strikes led by the United States (US) against Syria in retaliation to the country’s alleged use of chemical weapons.

Presidential Spokesperson Harry Roque said the Philippine government for now is focused on ensuring the safety of Filipinos in Syria. 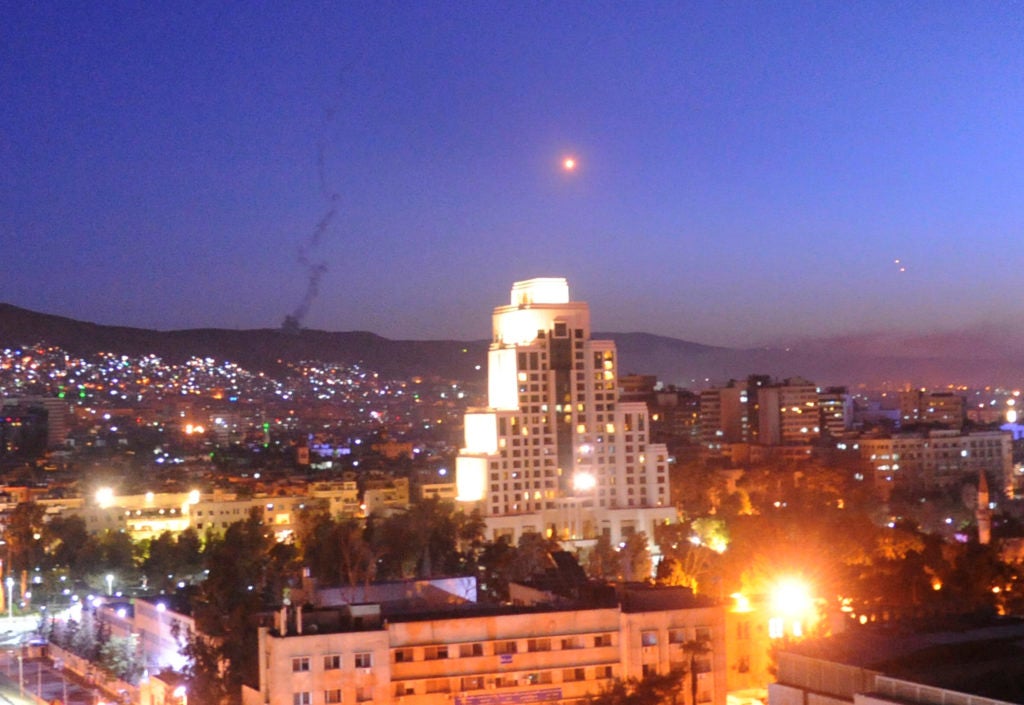 This photo released by the Syrian official news agency SANA, shows smoke, rising after U.S.-led airstrikes targeting different parts of the Syrian capital Damascus in retaliation for the country’s alleged use of chemical weapons early Saturday, April 14, 2018. Syrian air defenses responded to the joint strikes by the United States, France and Britain. (SANA via AP)

He said, however, that the government would issue a statement “soon” as the administration was trying to balance the issue.

“Tayo po ay miyembro ng United Nations, we are bound by the UN charter [and] Chapter 7 says the use of force must be by way of self defense or when authorized by the UN Security Council,” he said.

But the Palace official said there were developments in international laws on the “responsibility to protect.”

China and Russia, a close ally of President Rodrigo Duterte, have condemned the latest US attacks on Syria.     /kga