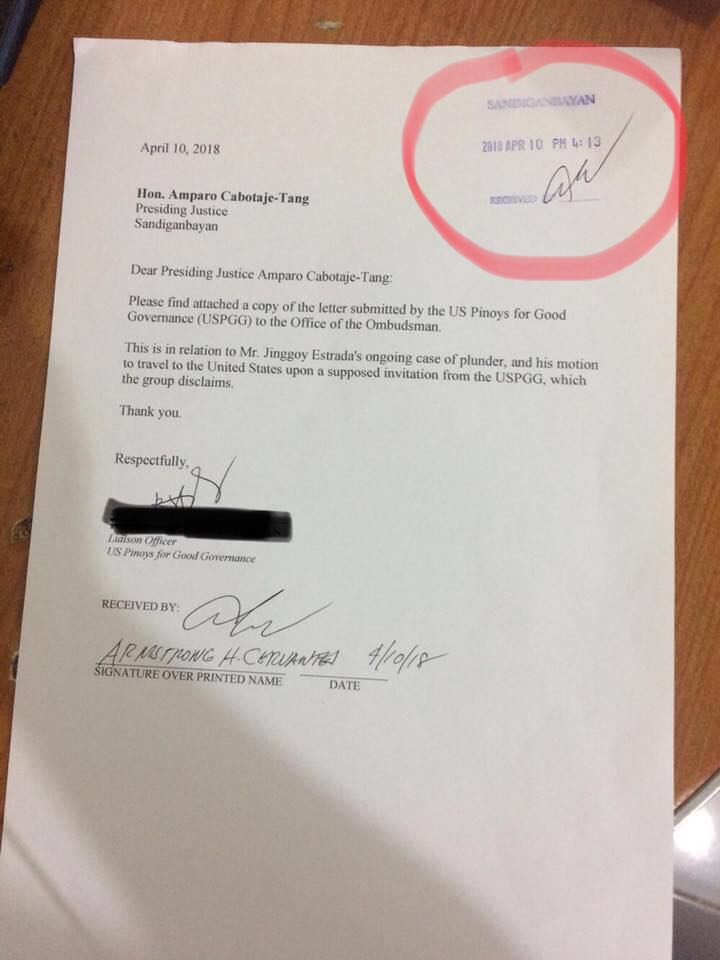 A Filipino-American group has submitted to the Office of the Ombudsman and the Sandiganbayan a formal letter denying that it invited former Senator Jinggoy Estrada to speak before its members in Michigan, United States.

This after Estrada sought the approval of the court for him to travel to the US to speak before members of the Fil-Am group concerning topics about Philippine politics and others.

In a two-page letter dated April 9, the US Pinoys for Good Governance (USPGG) requested the Ombudsman “to move the Sandiganbayan to rescind the approval of the motion of Sen. Estrada for leave to visit the United States.”

“There was no invitation from the US Pinoys for Good Governance,” the letter stated.

“We therefore urge Ombudsman prosecutors to file a motion to revoke the Sandiganbayan’s approval of Sen. Estrada’s motion to travel to the United States,” it added. 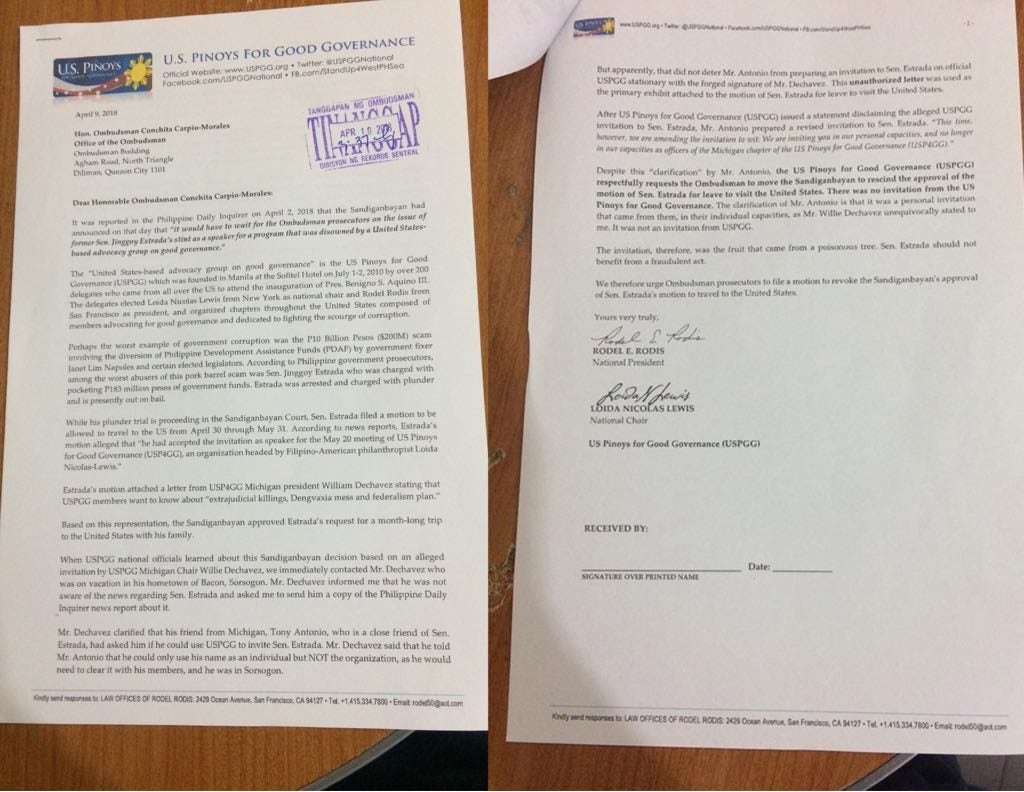 The Sandiganbayan Fifth Division had granted Estrada’s motion to travel to the United States with his family on the basis of his written statement that he was invited to speak before the Filipino-American advocates in Michigan on May 20.

READ: No invitation for Jinggoy Estrada to speak in US, says group

However, the USPGG said that the invitation sent to Estrada by a certain Tony Antonio, a friend of the former senator, was not authorized by the organization, and that it was only made in Antonio’s personal capacity.

The organization explained that its Michigan Chapter chairman, William Dechavez, told Antonio that “he could only use his name as an individual but NOT the organization, as he would need to clear it with his members, and he was in Sorsogon.”

“But apparently, that did not deter Mr. Antonio from preparing an invitation to Sen. Estrada on official USPGG stationary with the forged signature of Mr. Dechavez. This unauthorized letter was used as the primary exhibit attached to the motion of Sen. Estrada for leave to visit the United States,” the letter stated.

Antonio’s letter, the USPGG said, was “the fruit that came from a poisonous tree. Sen. Estrada should not benefit from a fraudulent act.”

“We therefore urge Ombudsman prosecutors to file a motion to revoke the Sandiganbayan’s approval of Sen. Estrada’s motion to travel to the United States,” it said. /jpv