No invitation for Jinggoy Estrada to speak in US, says group | Global News
Close
menu
search

No invitation for Jinggoy Estrada to speak in US, says group 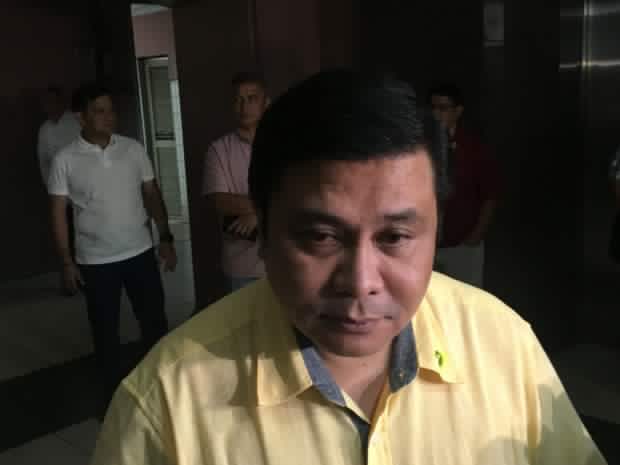 Did former Sen. Jinggoy Estrada, an accused plunderer, lie when he told the Sandiganbayan that he would speak before a group of Filipino-American  advocates of good government  in the United States?

The US Pinoys for Good Governance (USPGG) denied Estrada’s written statement to the Sandiganbayan Fifth Division that he was invited to speak before members of the group on May 20 in Michigan.

When defendants seek the Sandiganbayan’s permission to be able to leave the country, they are usually required to sign an undertaking that they did not commit any material misrepresentations in their pleadings and that they have no plan of absconding while abroad.

The group said William Dechavez, chair of the USPGG Michigan chapter, “did not invite Jinggoy Estrada to speak in Michigan under USPGG nor was any program planned by USPGG Michigan,” since he was on vacation in the Philippines.

The statement added that a certain Tony Antonio had asked Dechavez to invite Estrada. Dechavez supposedly told Antonio that “it could only be done in his personal capacity, not as chair of USPGG Michigan.”

The purported Feb. 7 letter stated that Estrada was invited as a speaker because “our members would like to know the latest developments in the Philippines, particularly those pertaining to the issues over extrajudicial killings, Dengvaxia mess and federalism plan.”

Estrada himself stated in his motion that he wanted “to accept the invitation to be the guest speaker of the US Pinoy [sic] for Good Governance on May 20, 2018 on [sic] its annual general membership meeting to be held at Hibachi Buffet at 33431 Van Dyke Avenue, Sterling Heights, Michigan.”

The Sandiganbayan Fifth Division granted Estrada’s motion in open court during a hearing on Monday.

The antigraft court has yet to release the written travel authority that explains the basis for letting Estrada leave the country and lists down the division’s conditions that the accused must follow.

Estrada also said he planned to undergo a medical examination at Stanford Hospital for his recurring shoulder problem and fulfill his promise to take his family on a vacation three years after his son Julian graduated from high school.

The Inquirer tried to reach Lewis through her known Facebook accounts for more details, but she has yet to respond.

Estrada’s lawyer Alexis Abastillas-Suarez, said she had “not talked” yet with her client,  but she sent to the Inquirer the same letter that the former senator had shown the court.

Suarez stood by the authenticity of the invitation.

“We received an invite and we are honoring it. Whatever misunderstanding they have is already beyond us,” she said in a text message.

The Office of the Ombudsman has yet to respond to requests for comment, too.

Estrada is facing trial for plunder in connection with the multibillion pork scam. He allegedly received P183.8 million in kickbacks by diverting his Priority Development Assistance Fund allocations to nongovernment organizations linked to businesswoman Janet Lim-Napoles, the alleged brains of the scam.

The former senator was previously accused of receiving dirty money from the operators of the illegal numbers game “jueteng,” but he was acquitted in the plunder case in the 2007 decision that led to the conviction of his father, former President Joseph Estrada.