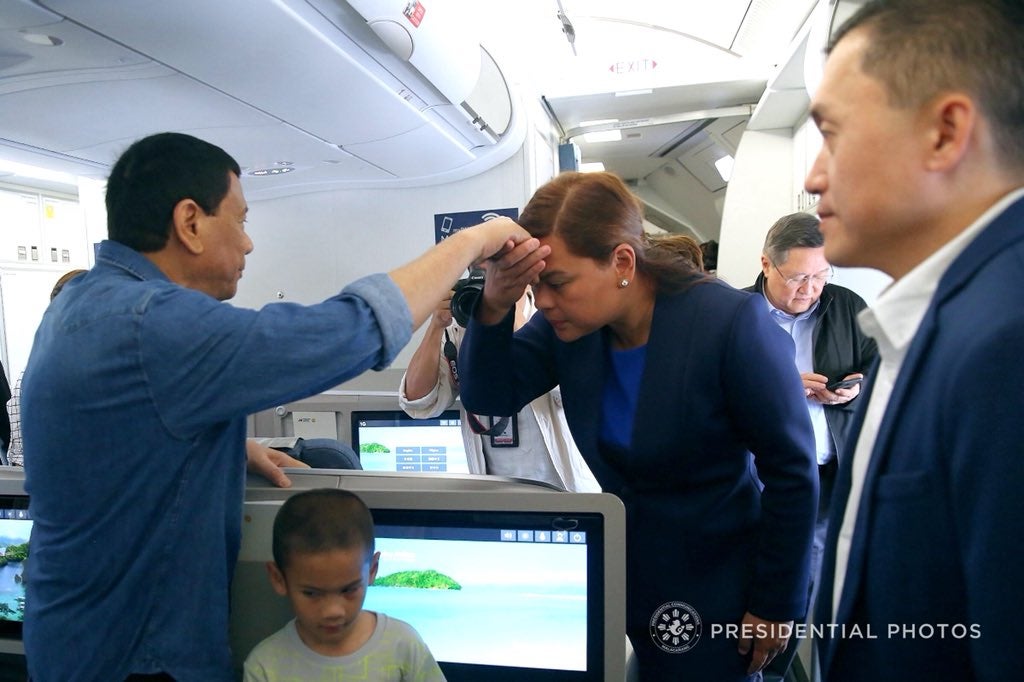 The President touched down at the Qionghai Boao Airport at 5:55 p.m. for two-day visit to China.

Joining him on the plane were Mayor Duterte and her son Stingray.

The President is set to address fellow world leaders and business officials at the Boao Forum for Asia and meet with Chinese President Xi Jinping, who he said he “ simply loves.”

This is the President’s third visit to China, which is fast becoming one of the major sources of assistance for the Philippines.

After his China trip, he will fly to Hong Kong to meet with the Filipino community.

Other members of the President’s family – such as his partner Cielito “Honeylet” Avanceña, their daughter Veronica, and his son Sebastian – had joined the him in previous foreign trips. /atm

Read Next
Duterte: I need China to back my administration’s projects
EDITORS' PICK
PH resumes talks with China on Chinese-funded transport projects
A laptop that maximizes your WiFi so you can maximize your productivity
Why Tagle is a leading papal contender
PH may import sugar around October if supply runs out
House energy committee chair Arroyo bats for cheap electricity
Powered by style, innovation and passion
MOST READ
U.S. actor Anne Heche is taken off life support 9 days after car crash and dies
Imee Marcos bares illegal importation of white onions
John Arcilla cries foul over death threats for his ‘Ang Probinsyano’ role: ‘Serye lang, walang personalan’
PVL: Celine Domingo gets big surprise as Creamline’s Finals MVP
Don't miss out on the latest news and information.