Duterte: I need China to back my administration’s projects 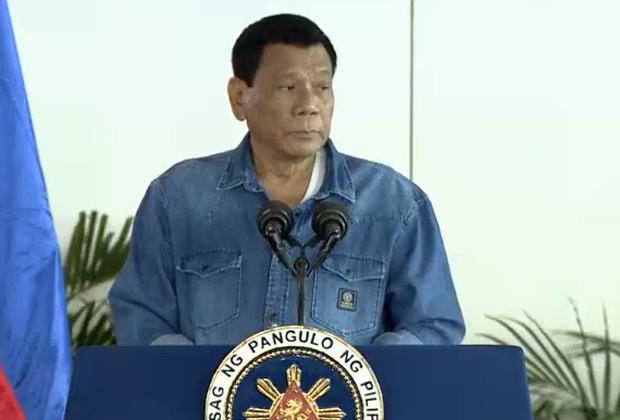 “I need China,” said President Rodrigo Duterte on Monday, stressing that he would count on Beijing to back his administration’s programs, especially his multi-trillion infrastructure projects.

“More than anybody else at this time of our national life, I need China. I will not say something which is not good,” he said in a press briefing in Davao City before leaving for China.

The President will attend the Boao Forum for Asia in Hainan province of China on April 9 and 10. The forum is an annual gathering of government and business leaders.

He said the Philippines was being good to China in exchange of financial perks.

“If you do not have money, you are not my friend. I go to China, plenty of money. That’s the truth. I need money,” he said.  “Anyway, I just simply love Xi Jinping. He understood, he understands my problem and he’s willing to help. And I’d like to say: Thank you, China.”

Despite a maritime dispute over areas of the South China Sea, relations between the Philippines and China were “like a flower that would bloom into something big and beautiful,” he said.

The President, who is set to have a bilateral meeting with Chinese President Xi Jinping on April 10, said he would not raise the issue on the disputed South China Sea.

“No, I will just thank them and say thank you for issuing the statement. I… It’s a word of honor for us,” he said.

Since assuming office in 2016, Duterte has chosen to to seek dialogue with China rather than to press Beijing over the United Nations (UN) ruling invalidating China’s expansive claims in the disputed waterway. /atm