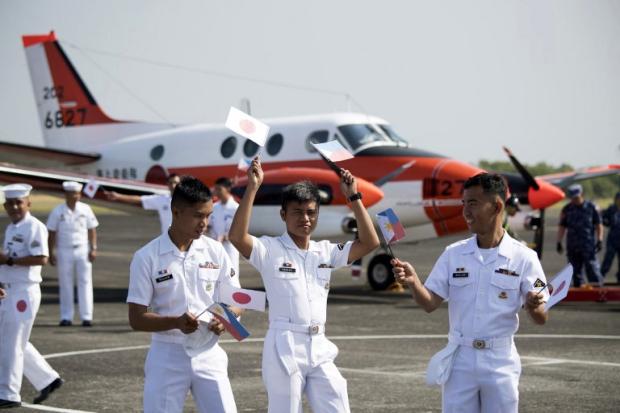 “One of the major components of the active archipelagic defense strategy of the Philippine Navy is maritime awareness, due primarily to to the vastness of our territorial waters and our exclusive economic zone that has a total area of 586,210 square nautical miles bigger that most nations in the world,” he said at the turnover ceremony of three patrol planes from Japan at Sangley Point.

“The Philippine Navy, therefore, needs to strengthen its maritime surveillance capability to increase the coverage of our maritime waters,” he said further.

It was initially agreed that five of the trainer aircraft will be leased by Japan to the Philippines for $28,000 annually for the five-year deal, but they were later formally donated instead.

“The TC-90 is far more superior than our current inventories,” Empedrad said, emphasizing that the acquisition of the planes was “a truly huge leap” in the Navy’s air capability.

Defense Secretary Delfin Lorenzana, who was present at the event, thanked Japan and highlighted “common interests in maritime and regional security” of the Philippines and Japan.

“We have a shared responsibility in our region to maintain peace and continue to look for other avenues of teamwork…Steadfast collaboration and constant support to one another is our best defense,” he said.

Both the Philippines and Japan are facing maritime security challenges. They share a rival claimant in China over the South China Sea and East China Sea.

“Our mutual trust and friendship through our exchanges now means more than a simple transfer of aircraft. It is now an ever-lasting and evolving foundation for the stability of the Asia Pacific as well our future bilateral cooperation,” said Parliamentary Vice Minister of Defense Tatsuo Fukuda.

The transfer of the planes also marks the first time that Japan transferred an excess defense equipment to another country after an amendment in Japanese law that allowed the donation. /atm