What John Bolton could mean for Asia 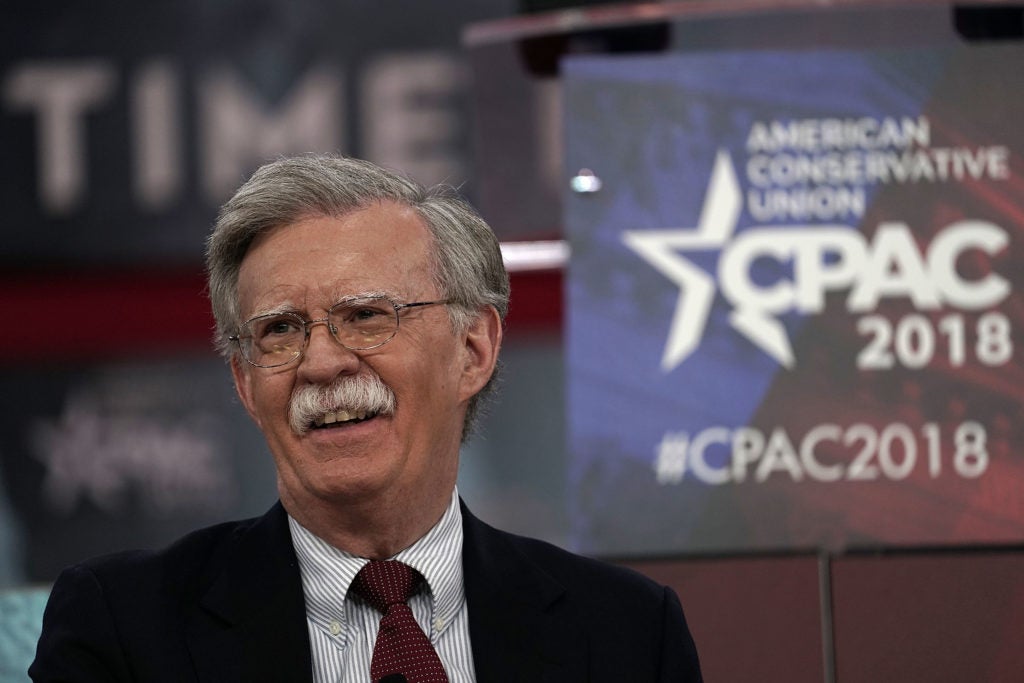 By appointing John Bolton to the post of National Security Adviser, President Trump has put into power a man long known for his hawkish, US-centric views.

With the reshuffling of Trump’s cabinet and the departure of HR McMaster and Rex Tillerson, it seems the era of diplomacy is over at the White House and a new more aggressive tone has been set.

John Bolton is seen as even more aggressive than Henry Kissinger. Where Kissinger advocated realpolitik to protect American interests, Bolton is known for his advocacy for the expansion of American power. Bolton follows the neoconservative mantra that what is good for the United States must be good for the rest of the world.

An editorial in the US magazine Slate states:

“His agenda is not “peace through strength,” the motto of more conventional Republican hawks but rather regime change through war. He is a neocon without the moral fervor of some who wear that label—i.e., he is keen to topple oppressive regimes not in order to spread democracy but rather to expand American power.”

John Bolton does not need editorials in fancy magazines to spell out his foreign policy views, the man is capable of that on his own. The world remembers John Bolton, then Ambassador to the United Nations under President George W Bush, arguing vociferously for the invasion of Iraq to pursue their weapons of mass destruction program.

Bolton also stated, in his biography, that he wanted disarmament talks between the United States and North Korea to fail back in 2002, so that he could point to the failures of diplomacy and advocate for more aggressive policies.

It seems this position has not changed after more than a decade.

In an op-ed in the Wall Street Journal in February of this year, Bolton argued that time is a factor in preventing North Korea from achieving first strike capabilities against the US homeland.

According to Bolton, the lack of US intelligence means that the government has every right to pre-emptively strike Pyongyang.

“It is perfectly legitimate for the United States to respond to the current “necessity” posed by North Korea’s nuclear weapons by striking first,” Bolton writes.

Former Israeli Defense Minister Shaul Mofaz claims that Bolton had tried to convince him to strike first against Tehran.

“I have known John Bolton since his days as US ambassador to the United Nations. He tried to convince me that Israel must attack in Iran,” Mofaz said. “I don’t think that it’s a wise move, not for the Americans today or for anyone until the threat becomes real.”

Bolton’s views on Iran seems to not have changed by much over the ensuing decade.

He has come out publicly to denounce the deal between the Obama administration and the Tehran government. He advocates arming the Iranian opposition if they would take US arms and supplies.

Bolton penned an article in the New York Times in 2015 titled “To Stop Iran’s Bomb, Bomb Iran.” In it he argues for bombing Iran to disable their nuclear infrastructure.

“The inescapable conclusion is that Iran will not negotiate away its nuclear program. Nor will sanctions block its building a broad and deep weapons infrastructure. The inconvenient truth is that only military action…can accomplish what is required.”